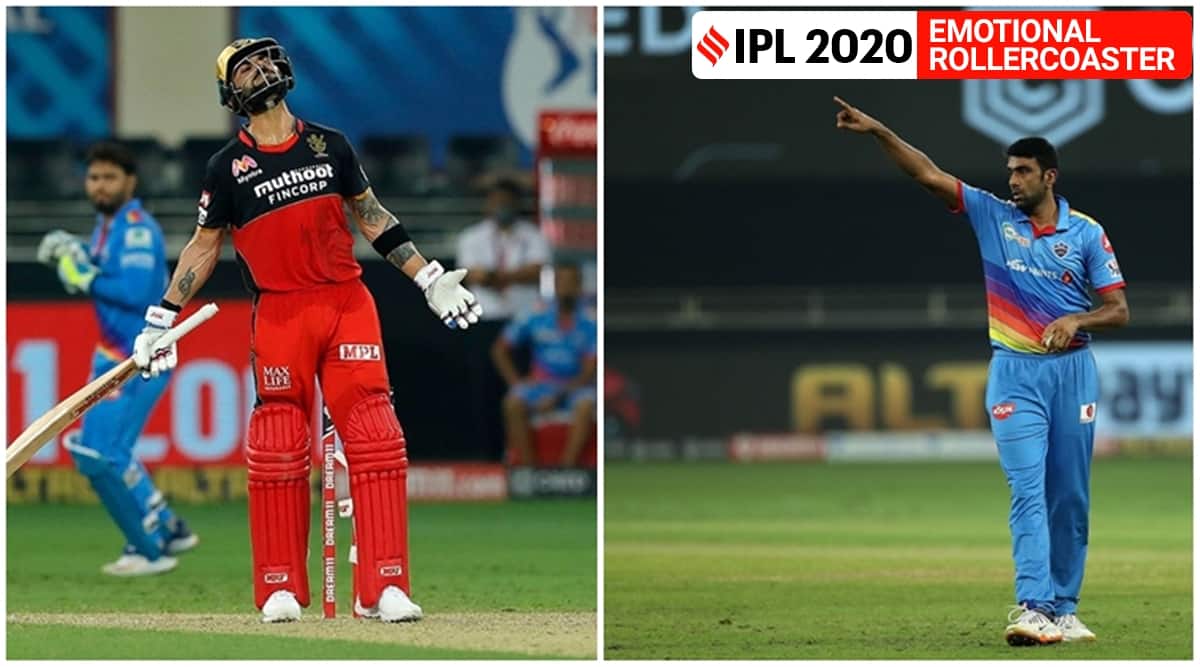 Delhi Capitals’ seasoned off-spinner Ravichandran Ashwin found himself in a rather familiar territory during the third over of the second innings while bowling to Devdutt Padikkal with Aaron Finch on the non-strikers’ end. Ashwin, for what would have been his fourth delivery, went through with his bowling action but did not release the ball, only to find Finch more than a metre outside the crease. Ashwin had all the time in the world to “Mankad” the Australian but he chose to let him off with a warning. When the camera cut to the Delhi dugout, not surprisingly, coach Ricky Ponting could be seen with a cheeky grin on his face. Ponting, in the lead-up to the tournament, had made it pretty clear that he wouldn’t be pleased if Ashwin effected the “Mankad” playing for the Delhi Capitals, post which the duo even had a conversation around the same when they met in the UAE. The ‘Mankad’ debate has raged on ever since Ravichandran Ashwin dismissed Jos Buttler in the last season of the IPL. He was rewarded promptly though, as he snared the biggest wicket of the in-form Paddikal by doing what he does best – luring batsmen into shots they ought not be playing, with a beaut of a ball that left the leftie with little choice but to yank it to mid-wicket.

For the second successive game, Navdeep Saini slipped in a nasty beamer in the pursuit of a yorker. If it was Rahul Tewatia who got slam-dunked on the chest in the previous game, it was Marcus Stoinis who got brutally pinned on his fingers this time. What made the moment spicier was the fact that Saini just put his head down and turned back without an apology unlike how he had reacted to Tewatia. Perhaps he was disappointed and upset with himself but Stoinis didn’t like it. He smashed the next ball and glared hard and long at Saini who had already turned back to walk. Suddenly, Saini turned and offered a fist bump seemingly in apology. The camera didn’t linger too long on Stoinis to know what he made of it but what was more interesting was his partner Rishabh Pant’s reaction. Even before Saini turned around to stretch out his fist, Pant was furiously clenching and unclenching his right hand even as he maintained a steady gaze at the bowler. It seemed as if it were a reminder to his Delhi Ranji team-mate Saini about a peace-making overture or was it just a coincidence? Interestingly, Pant himself would later receive a beamer at his head, from Mohammad Siraj but such was Pant’s quick hand-eye coordination that it was pulled for an outrageous six.

The thumping sound of bat-hitting-ball itself might have sent a shiver down the spine of a fielder at short cover. But Virat Kohli refused to budge. He bent down low and casually collected the ball – struck with such venom from maybe just 10 metres away. It was a moustache-twirling, chest-beating moment of brute machoism, but Kohli made it look like it was another day at the office, holding a straight face, and then proceeding to lick his fingers to spit-shine the ball. And then the realisation dawned: the office is closed because of Covid-19. Before he could touch the ball, with eyes wide open, he raised both arms, mouthed an apology to the umpire with a sheepish smile etched across his face.