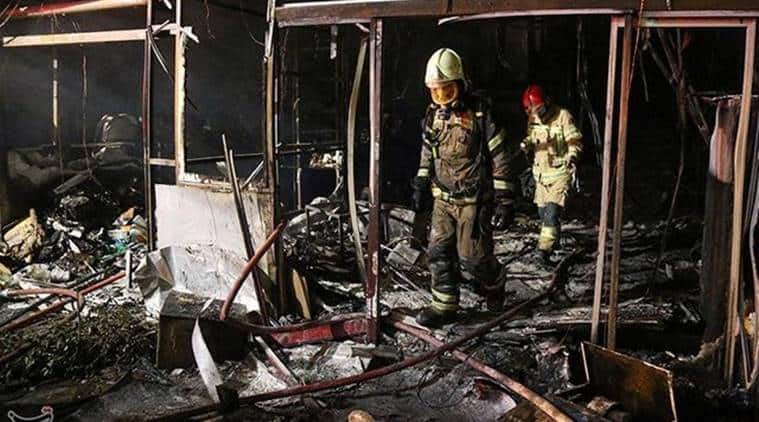 Firefighters inspect the site of an explosion at a medical clinic in the north of the Iranian capital Tehran, Iran, June 30, 2020. Picture taken June 30, 2020. (Tasnim News Agency/Handout via Reuters)

An explosion at a health clinic in northern Tehran killed at least 19 people on Tuesday, according to reports from Iranian state TV. The blast also caused damages to neighboring buildings. Thick smoke could be seen billowing into the night sky, state television reported.

“An explosion was reported at 20:56 (16:26 UTC) followed by a fire at Sina At’har clinic. Medical units were dispatched immediately,” the city’s emergency medical services said in a statement.

Maleki said the blast occurred after gas canisters in the clinic’s basement caught fire. Some of the victims “were in upper floors in operation rooms, who were either patients being operated on or those with them,” he said. “They unfortunately lost their lives due to the heat and thick smoke.”

The clinic, which primarily conducts light surgeries and medical imaging, had 25 employees inside at the time.

Four days ago, a similar gas explosion occurred near a sensitive military complex in the capital. That explosion was caused by “leaking gas tanks,” Iran’s Defense Ministry confirmed on Friday. There were no casualties.

US state of Georgia announces hand recount of votes