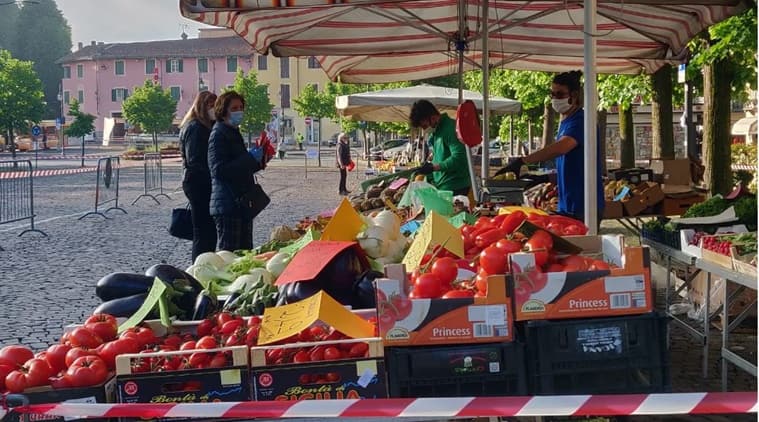 
Italy government’s decision to reopen borders for European tourists comes ahead of the onset of summer — which has been the peak season in the country for tourism.(Photo: Damini Ralleigh)

After a three-month nationwide lockdown to mitigate the impact of the Covid-19 pandemic, Italy has opened its borders for tourists within Europe in an attempt to revive its flailing tourism sector, BBC reported on Wednesday. Travellers will not be required to self-isolate for 14 days as the Italian government has scrapped the mandatory quarantine period for EU tourists from June 3 onwards.

Italy’s Prime Minister Giuseppe Conte enforced an economically crippling lockdown in early March after the country had quickly become one of the worst-affected by the COVID-19 pandemic in Europe. The tourism industry, which accounts for 13 per cent of the country’s GDP and has generated thousands of jobs, took a massive hit after the government banned all tourism-related movement during the lockdown and enforced a two-week quarantine period for travellers.

The government’s decision to reopen borders for European tourists comes ahead of the onset of summer — which has been the peak season in the country for tourism. Two of Italy’s most popular tourist hotspots — the Colosseum in Rome and the leaning tower of Pisa — were both reopened this week. In an attempt to ensure that social distancing norms were followed, staff at the Colosseum have been directed to admit groups of 14 within 15 minute intervals of each other, The Guardian reported.

As per an official statement, several other Schengen nations are also expected to open their borders to permit inter-regional travel in the coming months. Spain and Portugal have announced their plans to ‘asymmetrically’ reopen their borders ahead of summer, depending on the situation on-ground.

With over 233,515 recorded COVID-positive cases and 33,530 deaths, Italy is the third worst-hit European nation after the UK and Spain.

Certain elements inside Pak military had links to al-Qaeda: Obama on raid that killed Osama

2nd GOP senator a ‘no’ to filling court seat before election