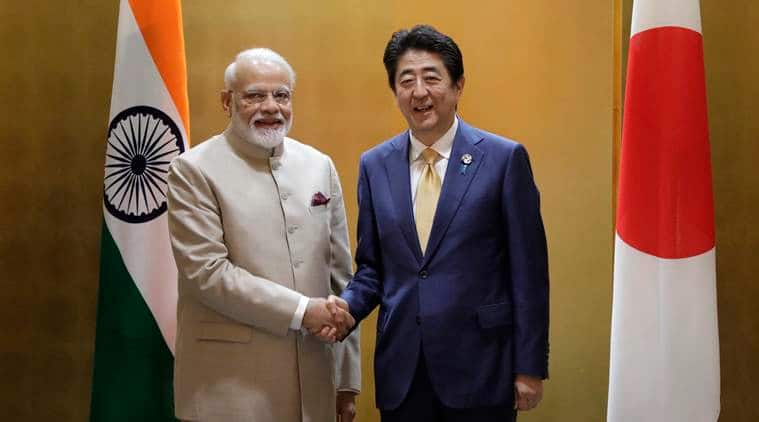 Japan on Friday came out in support of India and said that it “opposes any unilateral attempts to change the status quo” at the Line of Actual Control (LAC).

The statement was issued after Japan’s Ambassador to India Satoshi Suzuki met Foreign Secretary Harsh Vardhan Shringla, and was briefed on the situation on the border with China.

“Had a good talk with FS Shringla. Appreciated his briefing on the situation along LAC, including GOI’s policy to pursue peaceful resolution. Japan also hopes for peaceful resolution through dialogues. Japan opposes any unilateral attempts to change the status quo,” Suzuki posted on Twitter.

On June 19, Suzuki had tweeted Japan’s “deepest condolences to the people of India and to the families of the Indian soldiers who lost their lives in the line of duty at Galwan (on June 15)”. A day previously, Japanese Foreign Ministry spokesperson Ohtaka Masato had said that Japan was “closely monitoring the situation (on the border), as it may have an impact on regional stability”, and that the “Government of Japan hopes that this situation will be resolved peacefully through dialogue”.

The Japanese Ambassador’s comments on Friday are similar to his predecessor Kenji Hiramatsu’s during the Doklam standoff three years ago. In August 2017, Ambassador Hiramatsu had said, “We understand that the standoff… has been ongoing for nearly two months….What is important in disputed areas is that all parties involved do not resort to unilateral attempts to change the status quo by force, and resolve the dispute in a peaceful manner.”

New Delhi has been reaching out to major powers across the world to explain the situation along the LAC.

On June 30, External Affairs Minister S Jaishankar spoke to his French counterpart Jean-Yves Le Drian about issues of “contemporary security and political importance”, a clear reference to the standoff in Ladakh.

The French Defence Minister Florence Parly had earlier written to Defence Minister Rajnath Singh, to recall that “India is France’s strategic partner in the region”, and to reiterate her country’s “deep solidarity”.

Over 5 Lakh Stranded Indians Brought Back Under Vande Bharat Mission

Twitter seeks more time from govt to comply with new IT: Report

Covid pandemic no ground to relocate to Bangkok with child involved in custody battle: Bombay HC

Amid standoff with China, IAF to get land in Uttarakhand to carry out activities in border areas