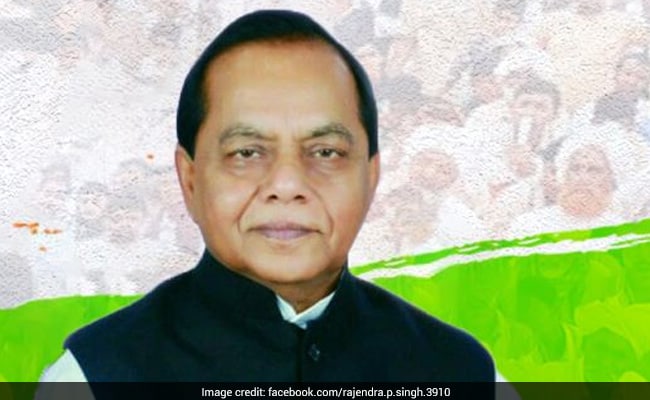 Rajendra Prasad Singh died at a private hospital in New Delhi on Sunday.

The former Jharkhand minister is survived by four daughters and two sons, they said.

Mr Singh was suffering from a lung infection and died at 12.30 in the hospital in New Delhi, his personal assistant Mithilesh Kumar Tiwari said.

Condoling Mr Singh’s death, Chief Minister Hemant Soren tweeted: “I am saddened at the passing away of Rajendra Singh ji. Jharkhand has lost a hard-working and ”sachha sevak” (true worker).”

The four-time MLA from Bermo constituency began his political career in 1963 and went on to become INTUC’s national general secretary, president of the Rastriya Colliery Mazdoor Sangh and an AICC member.

Expressing grief at the death of the sitting Congress MLA and former Jharkhand minister, Governor Droupadi Murmu said he had a long political life.

The governor prayed to the god for eternal peace of his soul and strength to the bereaved family to bear his loss.

In his condolence message, the Union Minister for Tribal Affairs, Arjun Munda, said that Jharkhand has lost a soft-spoken leader.

Former Chief Minister and BJP leader Babulal Marandi said, “I am pained at the death of Rajendra Singh ji, who was popular among mazdoor for whom he continuously raised voice.”

“His death is a personal loss to me. Jharkhand has lost a grass-roots leader and it will be difficult to fill the void,” Mr Das said in his condolence message.

In a press release, the Jharkhand Pradesh Congress Committee said that tributes will be paid to the former minister at Congress Bhavan on Monday.

It added that the mortal remains of the leader will be cremated at Damodar kargali ghat in his native place Bermo in Bokaro district on May 26.