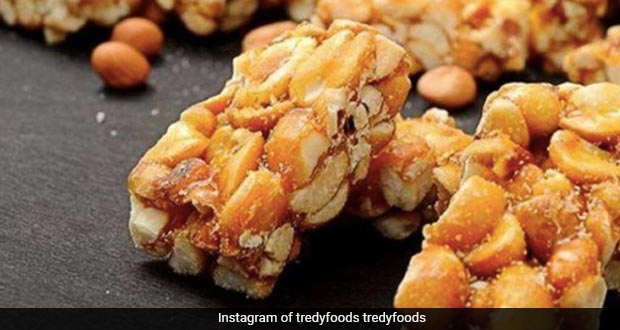 At a time when COVID-19 dominates search trends and news coverage, an unlikely story cut the clutter in Tamil Nadu, evoking nostalgia and more than the occasional smile. Tamil Nadu has amongst the highest number of GI (Geographical Indication) tags that recognise a product as originating from a particular geographical area or location. The Kovilpatti Kadalai Mittai joined some of the state’s other sweet treats like the Srivilliputtur Palkova (a milk sweet) in the food stuff category, becoming the newest addition to this hallowed list from across India.

About a year ago, I visited the Novotel-Ibis Chennai OMR located along the city’s IT corridor. The hotel had organised a Paris to Chennai food promotion that showcased specialties from France and Tamil Nadu. It was here that I met G. Muthu Kumar and the discussion went back to his hometown Sankarankoil that’s an hour away from Kovilpatti the home of the Kovilpatti Kadalai Mittai (groundnut candy). It’s interesting how this sweet is the South Indian equivalent of French nougat or British Butterscotch. Almost every part of the world has its own version of a peanut candy or brittle including the famous Lonavala chikki with its extra gloss. There’s one significant difference between the Lonavala chikki – that was made popular by train travellers, and the Kovilpatti version. There’s no ghee in this version.

It’s essentially two ingredients – groundnuts from in and around Kovilpatti that grow in black soil, typical of the area in Thootukudi district in southern Tamil Nadu, and organic jaggery. Most locals also attribute the special flavour of the Kovilpatti kadalai mittai to the water from the nearby Thamirabarani river. I called Chef Muthu Kumar soon after the GI tag recognition. During this conversation he reminisced about his childhood when the Kadalai mittai was the ultimate treat. It was a regular in most film theatres in many parts of Southern Tamil Nadu. According to him, like many other sweet treats, the kadalai mittai was an integral part of temple festivals and village fairs. It was in the 1940s that Ponnambala Nadar who operated a grocery store in Kovilpatti used jaggery and peanuts to begin commercial production of the Kadalai mittai.

This has now become a major industry in Kovilpatti with popular local establishments like MNR, as the Kadalai mittai has developed a growing legion of fans in India and abroad. There are numerous versions of this across Tamil Nadu but it’s the ingredients like jaggery from areas like Srivilliputtur and the local water that set it apart aside from the skill that the locals have honed over the last few decades. It’s also common to see the powder of Poolankizangu (Kapur Kachri in Hindi, spiked ginger lily in English) lined on the tray on which the peanut candy is rolled. According to Chef Muthu Kumar Poolankizangu has properties to make candy even lighter to digest.

The other thing some manufacturers do is to sprinkle colourful (dyed) strands of dried coconut on the large slabs that are then chopped into smaller retail packs. I’m partial to butterscotch and salted caramel desserts, the Kovilpatti Kadalai Mittai is one food item that I always stock up on. It’s the perfect cheat dessert for those sweet cravings. This is one of those sweets with a long shelf life and you can indulge (in small quantities!) guilt free. Kovilpatti Kadalai Mittai is available in many supermarkets across South India and also on online platforms but if you’d like to try making it at home, you can try out Chef Muthu Kumar’s recipe:

1. If raw peanuts are to be used it should be roasted in oven or can be heated in a kadai on a slow flame to ensure the peanuts are heated well into the core and remove the skin.

2. Peanuts to be halved.

3. If peanuts are not roasted well till the middle the resulting candy does not taste crunchy and will feel raw to taste.

4. In a heavy bottom pan heat jaggery and water together, after a while add cardamom powder

5. The mixture will melt to a thick syrupy stage, to check if it’s ready, add a bit of the syrup to a bowl of water, when the syrup forms a thick ball and turns hard when removed from water, it is ready to be mixed with peanuts.

7. In an oiled tray or an oiled wooden slab pour the hot peanut candy, using a rolling pin which is also oiled , roll out the candy to thickness above a centimetre.

8. Cool for a minute or two

9. Mark with a knife applied with little oil and cut into equal squares.

10. The candy is ready to be consumed once it is cooled.

The opinions expressed within this article are the personal opinions of the author. NDTV is not responsible for the accuracy, completeness, suitability, or validity of any information on this article. All information is provided on an as-is basis. The information, facts or opinions appearing in the article do not reflect the views of NDTV and NDTV does not assume any responsibility or liability for the same.

About Ashwin RajagopalanI’ve discovered cultures, destinations and felt at home in some of the world’s most remote corners because of the various meals I’ve tried that have been prepared with passion. Sometimes they are traditional recipes and at most times they’ve been audacious reinterpretations by creative chefs. I might not cook often but when I do, I imagine I’m in a cookery show set – matching measuring bowls, et all!

Watch: These Sweet Potato Fries Are Nothing Like French Fries But You’d Love Them Anyway!

From Boosting Immunity To Reducing BP: Here’re 7 Benefits Of Having Vitamin C-Rich Foods

Indian Cooking Tips: How To Make Kerala-Style Inji Puli – A Must-Have On A Sadhya Platter