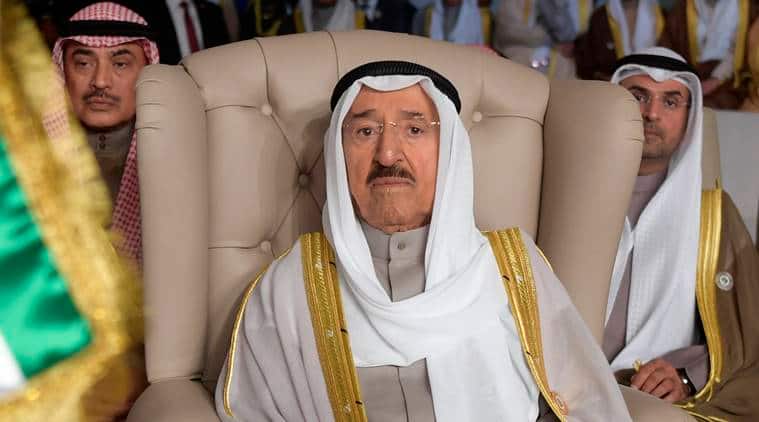 
Kuwait’s 91-year-old ruler has been admitted to the hospital for a medical checkup, the oil-rich nation’s state-run news agency reported (Fethi Belaid/Pool Photo via AP, File)

Kuwait’s 91-year-old ruler has been admitted to the hospital for a medical checkup, the oil-rich nation’s state-run news agency reported Saturday.

The brief report did not elaborate. However, the visit comes as the tiny nation fights the coronavirus pandemic, which has seen over 58,000 cases and 400 deaths in the country of 4.1 million.

Its Health Ministry says over 49,000 people have recovered from the virus and the COVID-19 illness it causes. In August 2019, Kuwait acknowledged the emir suffered an unspecified medical “setback” that required him to be hospitalised.

That came after visiting Iranian Foreign Minister Mohammad Javad Zarif wrote on Twitter that he was “praying for Emir’s speedy recovery,” without elaborating.

Sheikh Sabah has ruled Kuwait since January 2006. He’s pushed for diplomacy to solve regional issues, such as the ongoing boycott of Qatar by four Arab nations, and hosted major donor conferences for war-torn nations like Iraq and Syria.

Wrist is history: Azhar recalls his 3 hundreds, and his Eden

Dive into the unknown: Swimmers worry about toll of being out of training pools

World’s wildlife population down by 68% since 1970

US sanctions Chinese officials over repression of minorities

At least 39 reported killed in Myanmar as Chinese factories burn