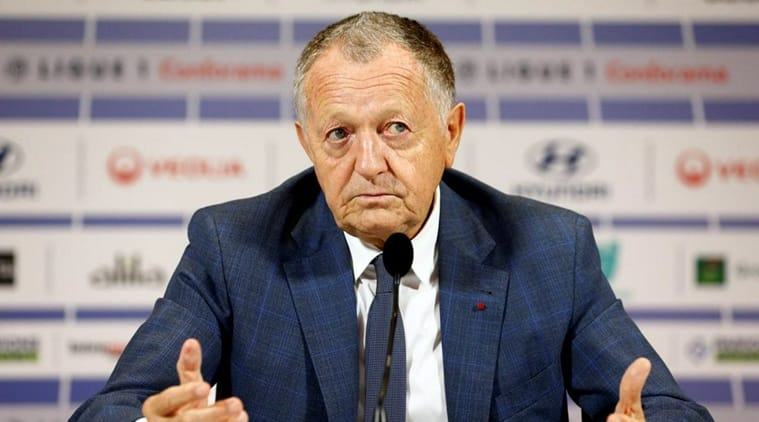 Lyon president Jean-Michel Aulas is asking French authorities to backpedal on their decision to end the football season prematurely amid the coronavirus pandemic.

The men’s league was cancelled four weeks ago with 10 rounds remaining, Paris Saint-Germain declared champion, and Lyon finished outside the European places in seventh.

In a letter on Monday to French Prime Minister Edouard Philippe and Sports Minister Roxana Maracineanu, Aulas argued the premature conclusion of the season will have catastrophic consequences for French clubs, which could face losses of “700 to 900“ million euros.

Alongside Amiens and Toulouse — the two clubs demoted to the second division — Lyon took action against the league decision but their case was thrown out last week by a Paris administrative court. Lyon now wants France’s highest administrative court, the Council of State, to issue a ruling on the matter.

In the letter, Aulas said the fact that the French league was the only one among the seven biggest European leagues to opt for an early end should convince authorities to reconsider their move.

In Europe, the Dutch and Belgian leagues have also ended their 2019-20 seasons early.

Aulas has argued for the French league to be given a chance to be completed by late August with a temporary playoff system, but with PSG staying the champion given its large lead before play was stopped.

“The Bundesliga resumed matches on May 16, Spain will resume matches on June 8. Italy, Russia, and Portugal have resumed collective training and England is working on a resumption after June 19,“ Aulas wrote. “How can France not be downgraded very quickly and see its professional football devalued?“

“Many developments and hopes are expected on this date, so that France can gradually regain a good dynamic,“ Aulas said. “Could we imagine that June 2 is also a great opportunity to rectify the mistake concerning French football and to allow, with a health protocol used everywhere, to give the starting point for a gradual resumption of training (in June) and, why not, a resumption of the 2019-2020 season over the months of July or August?“

Lyon, meanwhile, still hopes to reach the quarterfinals of the Champions League after beating Italian champion Juventus 1-0 in the first leg of their round of 16 match on Feb. 26. The return leg in Turin was suspended.

Under medical advice, I have been hospitalised: Sachin Tendulkar