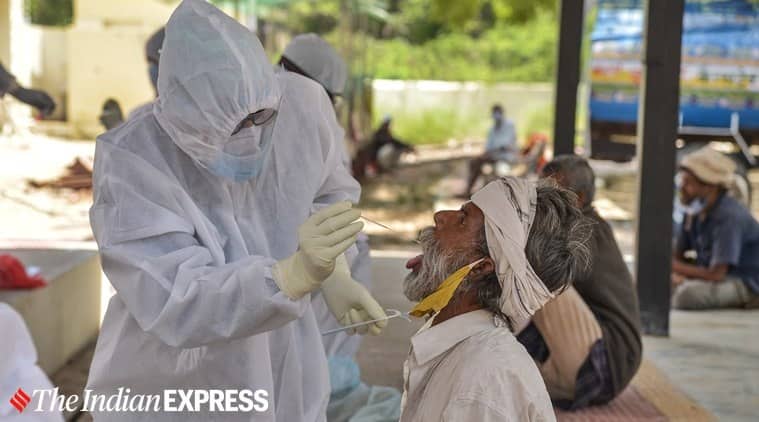 Three months after registering its first Covid-19 case on March 9, Maharashtra is close to touching the one lakh-mark with the overall count reaching 97,648 on Thursday. Of these, 22,771 cases had been reported in the last seven days.

On Tuesday, for the second day running, Maharashtra registered its highest single-day toll — 152 deaths — as well as the highest single-day cases — 3,607. While the total case load is just over 2,000 cases short of the one-lakh mark, in all, 3,590 people have scummed to the virus in the state.

Till now, Mumbai has reported 54,085 cases and 1,954 deaths. Of these, 1,418 cases and 97 deaths were reported on Thursday. The city recorded 97 deaths for a second consecutive day — its highest single-day toll so far.

Of the 152 people who succumbed, 97 were from Mumbai, nine from Mira-Bhayandar, eight each from Pune and Solapur, seven from Kalyan-Dombivali, six from Aurangabad, five from Nashik, four from Navi Mumbai, two each from Vasai-Virar and Latur and one each from Ratnagiri, Hingoli, Jalna, and Nanded.

Of the total number of deaths reported on Thursday, 35 people died in the last two days and the rest are from between April 1 to June 8.

Watch All 27 Trailers for PS5 Games, From New Spider-Man to Gran Turismo

In Punjab, no more posters outside homes with Covid patients in isolation or quarantine

‘Sad you wish sacrifices from us’: Farmer kills self over laws, leaves suicide note for PM