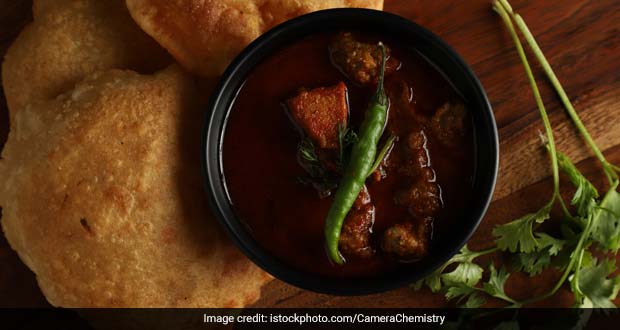 If you are someone who likes spicy dishes, then we have a surprise for you! We bring you the recipe of authentic Malwani chicken curry. This chicken-based dish is characterised by its hot and spicy flavours. It is traditionally known as Malwani kombdi rassa – for the unversed kombdi in Konkani stands for chicken and rassa means curry. Malwani chicken curry is a popular main course recipe in the Malwani/Malvani cuisine, from the South Konkan region of Maharahstra and Goa.

Malwani cuisine is dominated by non-vegetarian dishes and has wide usage of coconut in various forms – from grated coconut to coconut milk. Another ingredient that defines Malwani cuisine is the special masala mix they use to prepare various hot and delectable dishes (especially chicken and sea food).

How To Prepare The Malwani Masala:

Malwani masala is a fusion of various aromatic Indian spices. It includes dry coconut, dry red chilli, coriander seeds (dhania), cumin seeds (jeera), shahi jeera, black peppercorn, poppy seeds (khus khus), black and green cardamoms and cloves. All these spices are dry roasted together and ground into a fine powdered spice mix. You can store the masala for long in an air-tight jar.

Malwani chicken curry is a perfect balance of hot, spice and sweet flavours and the credit goes to all the ingredients used in it- from malwani masala to coconut to onions and garlics. This juicy and succulent chicken curry is cooked in coconut-onion gravy (made with the Malwani masala). Click here for the written recipe.

What are you waiting for? Prepare this spicy Malwani chicken curry today and bid adieu to your midweek blues. Happy cooking!

Japanese Cheesecake: Where To Find It And How To Make It

Little Girl Gets Caught Trying To Grab Snack, Her Cute Cover-Up Will Make You Smile!

Indian Cooking Tips: How To Make Laccha Naan On Tawa At Home