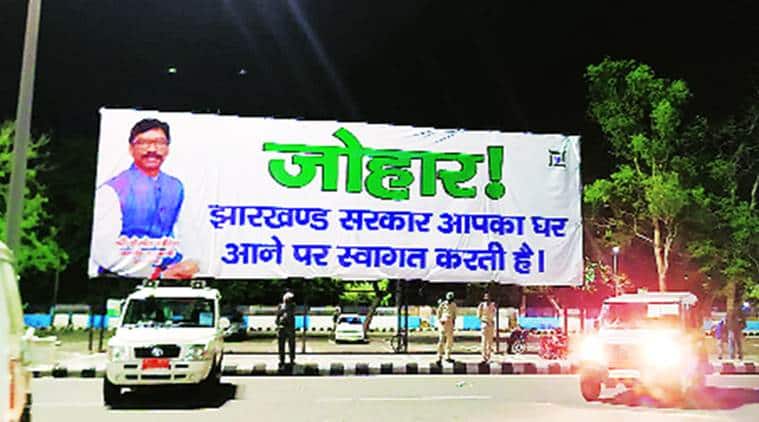 Rakesh Verma and Suresh Yadav had left their homes in Jharkhand for jobs in metro cities and were in no hurry to return. Verma, 22, had a data entry job at a Delhi hotel, while Yadav, 48, worked in a dye factory in Mumbai. Both managed to send home Rs 5,000 monthly. Then lockdown struck.

Yadav hitched rides on trucks to his home in Giridih and Verma came to his Palamu home aboard a Shramik train.

“I don’t have much savings, so can’t start a new business. I will certainly not dig ponds under MGNREGA (Mahatma Gandhi National Rural Employment Guarantee Act),” said Verma who left Jharkhand two years ago after graduating in Chemistry.

“If I have to, I might start a candle business. Only because the initial investment is less,” he said.

Poultry business too has crossed his mind: “It requires a large place, which I don’t have…I have to do something. I will have to stay here for at least four-five months,” He believes that it will take a few years before Jharkhand can give him a stable income. “It will take time for Jharkhand to change.”

On a weekday, Suresh Yadav is busy sorting out a land dispute. He said there was a minor problem, but the piece of land is crucial for his survival. Yadav said, “Only two-three bigha land is available where we grow rice and vegetables.”

MGNREGA can be a lifeline but Yadav, who did not study after Class X, is reluctant— he does not have a job card, and the wages are very low. “In Mumbai I used to earn 18,000 a month. If I work under MGNREGA, I will not even get Rs 6,000 a month. Also, I will not get wages on time,” he said. Still, Yadav said he will demand work once the job card is ready.

The Indian Express spoke to a cross-section of migrant workers back from different parts of the country. These are day labourers and skilled workers such as carpenter, embroiderer, welder, among others. One thread connects them — demand for something beyond MGNREGA. Till Friday, more than 3 lakh such migrants labourers have arrived in Jharkhand. Many more are expected to return.

Jharkhand Chief Minister Hemant Soren recently requested the Centre to increase by 50 per cent the current wage and man-days under MGNREGA, which guarantees 100 man-days of work per household at Rs 200 per day.

Anticipating the crisis, the state government has launched three schemes under MGNREGA, the main being an afforestation scheme. Around two lakh acres of land will be used for plantation by five lakh families with 100 fruit plants for every family—its plantation, maintenance, land work to be taken up through MGNREGA. “Each family is estimated to receive an annual income of Rs 50,000 every year from the produce from the third year onwards,” said an official.

But Sandeep Kumar, 26, of Ramgarh says he doesn’t know where to go and whom to approach for jobs. He had left for Gujarat four years ago, and then moved to Hyderabad. He reached home on May 1. He is upset that the mukhiya is not proactive in reaching out to people with MGNREGA work.

“At this point, I will do anything, and if I get Rs 5,000 a month under MGNREGA, there is nothing like it,” he said. Kumar says his money is over, and he has a family of six to provide for.

On paper, wages are deposited in the bank accounts of workers within 15 days of the work done. However, village-level Panchayat Sevaks said payments have been “very late”. Rights body Jharkhand Janadhikar Mahasabha suggested that under MGNREGA, weekly cash payments should be made and dry food should be provided daily at the worksite.

A 34-year-old cab driver from Surat arrived in Garhwa in the second week of May and is at a quarantine centre after testing positive for Covid-19. “Now if the government tells me to dig pits under MGNREGA, it won’t be possible for me… Give me something more to stay.”

The government is mapping the skills of labourers returning to their home state at district level.
Chief Secretary Sukhdev Singh said: “We are building an app where the skilled labourers are mapped and we ask the local industries to absorb the talent pool.”

Verma and Yadav are hopeful. “If the government provides a job where I earn half of what I did earlier, I will stay in Jharkhand.”

Migrant workers carry their world along as they head home

Over 44.45 Lakh People Affected Due To Cyclone Amphan In Odisha

Next door to national capital, in some UP Dalit villages, hospitals bigger fear than Covid-19

Govt has made all preparations to start state-wide Covid vaccination: Vijay Rupani