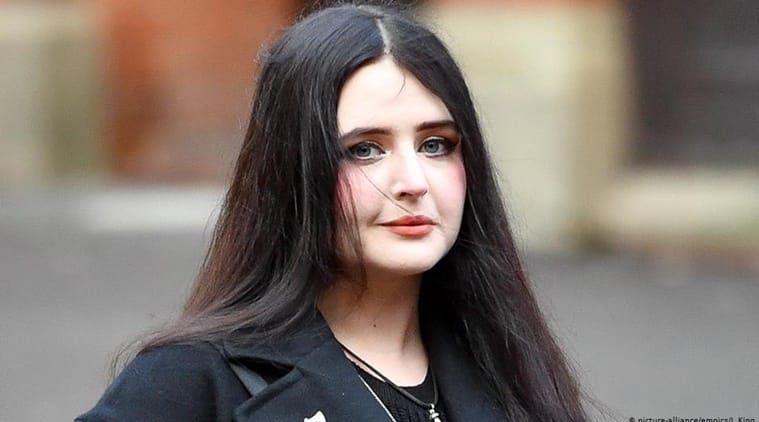 A former “Miss Hitler” contestant and three other neo-Nazis were jailed in Britain on Tuesday, after being convicted of membership of the banned far-right group National Action (NA) in March.

The Birmingham Crown Court sentenced Alice Cutter, 24, to three years in prison and her ex-boyfriend, Mark Jones, 25, to five-and-a-half years.

Two other men — Gary Jack, 24, and Connor Scothern, 19, — were handed four years and six months, and 18 months respectively, for the same crime. A fifth defendant was sentenced to three years in prison last year.

Jurors were shown messages in which Cutter had joked about gassing synagogues, using a Jewish person’s head as a football, and saying “Rot in hell, bitch” after hearing about the 2016 killing of MP Jo Cox in the run-up to the Brexit referendum.

The group was banned the same year, following the comments, with the government describing it as a “racist, anti-Semitic and homophobic organizaton that stirs up hatred and glorifies violence.”

Judge Paul Farrer QC told the four in court, “you weren’t prepared to dissociate yourselves from the vile ideology of this group and therefore defied the ban and continued as members,” according to Metro newspaper.

He told Cutter that she had “never held an organizational or leadership role,” but that she was a “trusted confidante” of one of the group’s leaders.

However, Cutter denied being a member of the group despite having attended the group’s rallies, where participants carried signs that read “Hitler was right.”

Police found evidence that all of the defendants had continued to participate in NA meetings in Birmingham, despite the group having been declared a terrorist organization.

Speaking ahead of the sentencing, director of public prosecutions Max Hill described the members as “diehards” who “hark back to the days of not just anti-Semitism, but the Holocaust, the Third Reich in Germany.”

Prosecutors said a search of the home that Cutter and Jones shared revealed Nazi paraphernalia and images, as well as weapons including knives, brass knuckles, catapults, a longbow and ball bearings.

Jack was described as an active member of National Action even after its ban and had a previous conviction for putting up racially charged stickers at a university campus.

Scothern was also an active member and had distributed almost 1,500 stickers calling for a “final solution” in reference to the Nazis’ genocide of the Jews.

Anti-fascist campaigners Hope Not Hate estimated that despite the ban placed on the group in December 2016, NA still had several “hardcore members” and used different names to hide its activities.

Biden reassures US allies in calls with leaders of Japan, S. Korea, Australia

A mob and the breach of democracy: The violent end of the Trump era