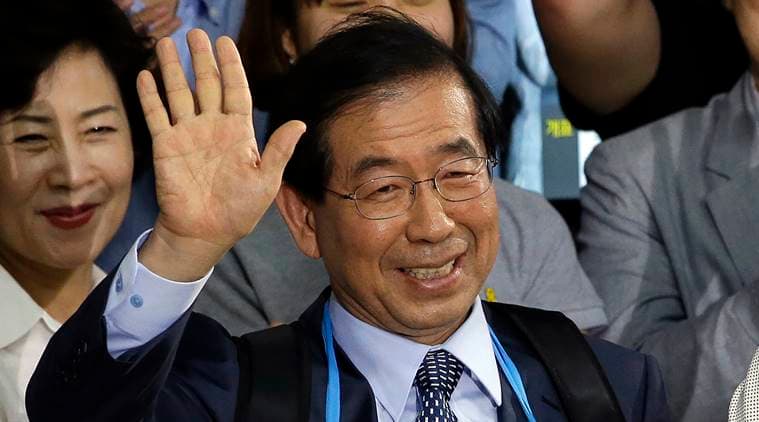 
In this June 5, 2014, file photo, Park Won-soon, then candidate for Seoul city mayor of the main opposition party New Politics Alliance for Democracy celebrates his victory in the Seoul mayoral election at his office in Seoul, South Korea. (AP Photo)

Police say the body of the missing mayor of South Korea’s capital, Seoul, has been found.

They say Park Won-soon’s body was located in hills in northern Seoul early Friday, more than seven hours after they launched a massive search for him.

Park’s daughter had called police on Thursday afternoon to report him missing, saying he had given her a “will-like” message before leaving home.

News reports say one of Park’s secretaries had lodged a complaint with police on Wednesday night over alleged sexual harassment.

Sustained support for WHO 'vital to us all as we age,' say AGS experts

Strong India would act as ‘counterbalance’ to China, says declassified US document

US Capitol violence: Here’s how the chaos unfolded

China coronavirus vaccine may be ready for public in November – official