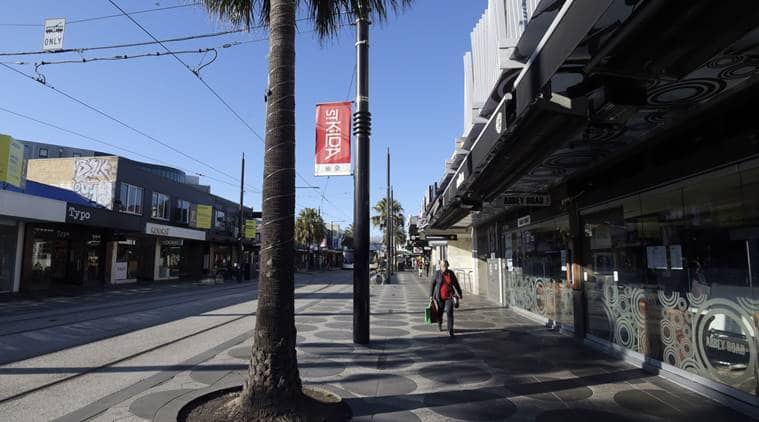 
The coronavirus pandemic is throwing the world into financial insecurity, posing a threat to the recession-hit global economy if it means consumers keep saving rather than spending. (Bloomberg)

The coronavirus pandemic is throwing the world into financial insecurity, posing a threat to the recession-hit global economy if it means consumers keep saving rather than spending.

A new YouGov survey across 26 countries shows consumers everywhere are concerned about their jobs and household budgets. They’re also cautious about spending or investing the money they do have.

It suggests that signs of a rebound in some measures of activity — cited by a number of policy makers as reason for optimism — will take time to get people back in shops, airports or restaurants.

Job security is a major concern for many, with more than 30% feeling less secure in their job than a month ago, while around half of respondents are still cutting back on non-essential expenditure. In a further sign of caution, Americans would be around three times more like to save rather than spend an unexpected cash windfall, rising to more than four times in the U.K.

The heightened job concern follows a brutal second quarter for employment, when the International Labour Organization estimated that damage to the labor market from virus lockdowns and other restrictions was equivalent to a loss of 400 million full-time jobs.

Those worries remain even as lockdowns have eased considerably, according to YouGov’s Economic Recovery Tracker, which is based on 27,681 respondents and was shared exclusively with Bloomberg. In most countries, the proportion of those worried about losing employment is within 10 percentage points of levels eight weeks ago.

In the U.S., which has seen a renewed flare up of the virus, concerns are mounting again, with 23% feeling less secure about their job compared with 18% two weeks ago.

That worry is translating into caution about money. Asked what they would do with an unexpected cash windfall equivalent to a month’s income, respondents are far more likely to bank it. Thirty seven percent of American respondents said they’d save versus 13% who would spend. The U.K. ratio was even more stark: 58% to 13%. The story was similar across the world, with more than 40% choosing to save in Australia, India, France, Indonesia, Norway, and Canada.

A small proportion would invest in the stock market, though every country bar one came in below 20%. All responses across Group of Seven nations were in the single digits.

Meanwhile, in all countries, around 1-in-4 households have dug into savings to help them through the crisis, while more than 10% have taken on more debt.

But with the fear of job loss, or a hit to income, people have favored cutting back on spending rather than stretching their finances too much.

According to the poll, the proportion “actively reducing non-essential expenses” is far higher than those who’ve relied on savings to cover costs. The share has declined somewhat over the course of the pandemic, but the average across all nations is still close to 50%.

Fire burning at hazmat facility at US air base on Okinawa

Four years in, Donald Trump has plenty of unfinished business