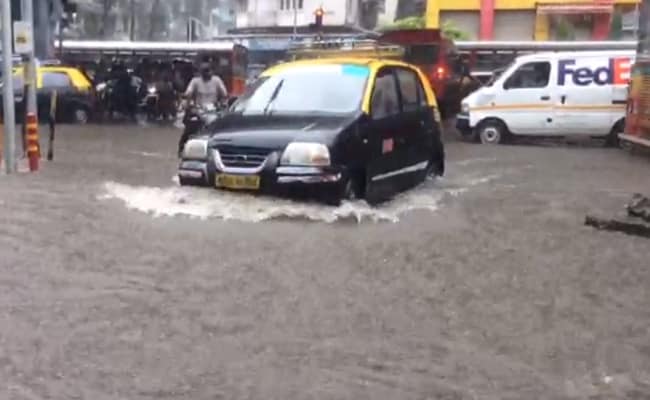 Mumbai rain update: Heavy rain is expected in the city and an ‘Orange’alert has been sounded.

Mumbai and the entire Maharashtra coast is witnessing very heavy rainfall since early morning. The India Meteorological Department (IMD) has warned of “heavy to very heavy” rainfall in Mumbai, Thane, Palghar and other coastal districts of the state. An ‘Orange’ alert for Mumbai region has been sounded for today.

An ‘Orange’ alert means local authorities should be “prepared”, while a ‘Red’alert indicates “immediate action.”

Water-logging has been reported in pockets and traffic movement is normal in Mumbai so far.

The Santacruz weather bureau in Mumbai recorded 86 mm rainfall from 8.30 am to 8.30 pm on Tuesday and the Colaba station reported 50 mm rainfall during the same period.

According to the IMD, rainfall between 64 mm to 115 mm is considered “heavy” while precipitation between 115 mm and 204 mm is termed as “very heavy”.

Mumbai and the Maharashtra coast is getting heavy rainfall due to a cyclonic circulation over the northeast Arabian Sea, private weather forecaster, Skymet said.

The city is already close to the amount of rainfall it normally receives in July with half of the month yet to go.