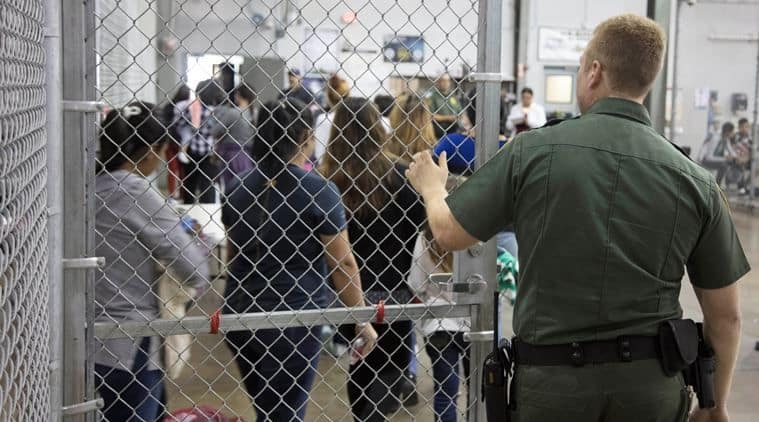 
CoreCivic said about 554 of its nearly 14,000 employees had tested positive. (Representational)

More than 930 employees of private contractors running U.S. immigration detention centers have tested positive for the novel coronavirus, according to congressional testimony given by company executives on Monday.

The heads of four companies – CoreCivic (CXW.N), The GEO Group (GEO.N), Management & Training Corp (MTC) and LaSalle Corrections – that detain immigrants on contract with U.S. Immigration and Customs Enforcement (ICE), reported the infections among employees in response to questions from lawmakers.

ICE has reported 45 cases of COVID-19 among its direct staff at detention facilities. Most of the employees at the privately run centers, however, work for private contractors and are not included in ICE’s count.

Lawmakers have raised concerns about the spread of the virus inside nearly 70 centers across the country. More than 3,000 immigrants in ICE custody have tested positive for COVID-19, although some have recovered or been released.

Two detainees have died of the disease. On Monday, a 51-year-old Mexican man who had tested positive for coronavirus died in ICE detention, although the agency said the cause of death was still undetermined.

The chair of the House Committee on Homeland Security, Kathleen Rice, a Democrat from New York, said there had been reports among employees of rationing of personal protective equipment, inadequate medical care and delayed testing.

ICE did not comment on the figures or the allegations raised at the hearing.

There are currently nearly 22,580 detainees in ICE custody, a dramatic drop from the more than 50,000 migrants detained on average daily during the 2019 fiscal year. Arrests on the U.S.-Mexico border have declined in recent months and courts have ordered releases, citing coronavirus risks.

Coronavirus Pandemic in Brazil is many tragedies at play

As coronavirus mutates, the world stumbles again to respond