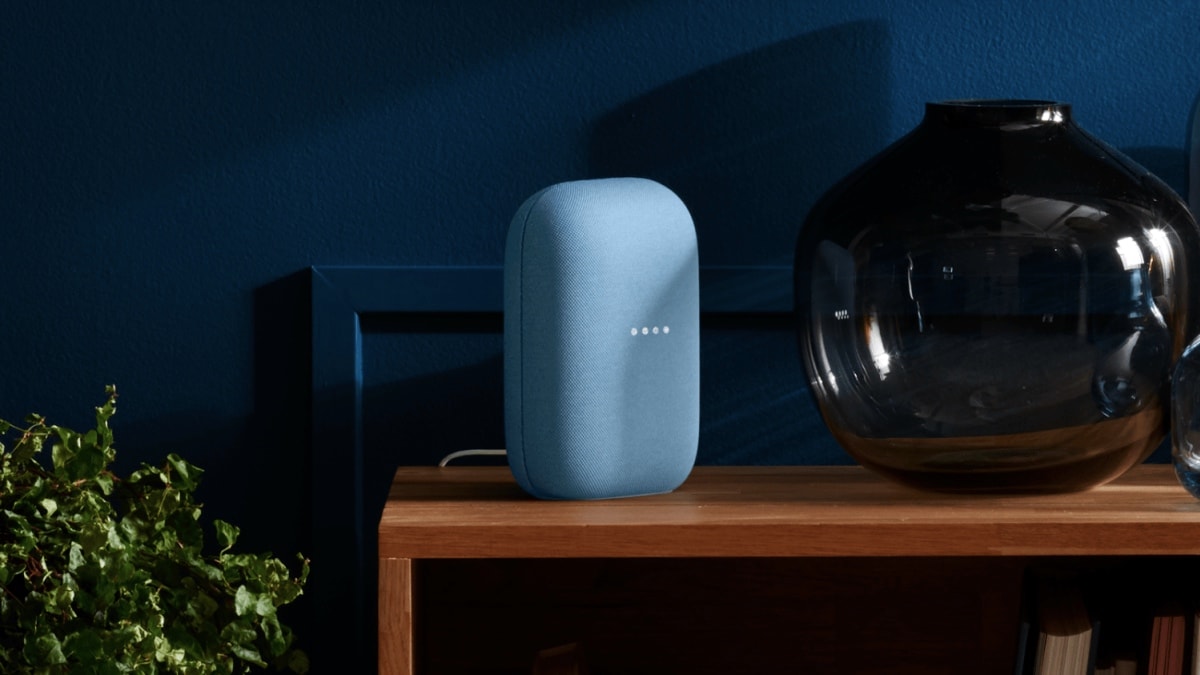 Google has revealed a fresh and official image of the new Nest smart speaker that is expected to be the successor to the Google Home series. The range is in much need of an update, with Google having launched the original Google Home globally back in late 2016. The new product is in line with Google’s new Nest branding for its smart home products, as the company looks to step up its product portfolio to take on Amazon’s Echo range of smart speakers.

The image, shared by Google with various tech publications, including Engadget, shows a fair amount of detail on the new Google Nest speaker. The device is shown standing upright and has indicator lights at the front, along with a fabric-wrapped exterior. A cable can be seen extending out the back for power, but the back of the smart speaker itself can’t be seen.

No other details have been revealed for now, including when the new Google Nest will be launched, how much it will cost, and if it will even be called Google Nest. We can speculate that it will be similar in size and features to the Google Home smart speaker. The styling and general look is similar to that of the Google Nest Mini, launched in late 2019 as the successor to the Google Home Mini. The company also launched the Google Nest Hub late last year, which is priced at Rs. 9,999 in India, and has a 7-inch touch screen. Obviously, the device will use Google Assistant for voice assistant features.

Google will be looking to take on the Amazon Echo series, and this new Google Nest device seems to be specifically competing with the recently launched Amazon Echo (3rd Gen). It’s likely that the new device will launch later this year, although there’s no official word on when the launch is for the time being. Since Google is selling the Nest Mini and Nest Hub in India, the new Nest speaker will also likely launch in the country.