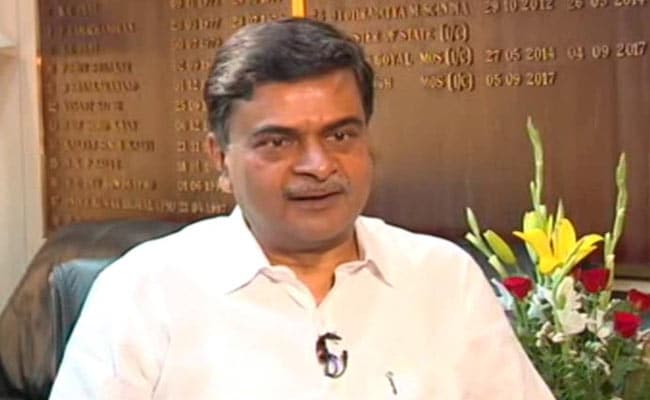 India will allow the import of power equipment from China and Pakistan, Union Minister RK Singh said today amid the standoff with China at the Line of Actual Control in Ladakh, adding that Beijing may use it as a “Trojan horse” that can be potentially used to trigger a power grid shutdown in the country.

“We manufacture everything here. India imported Rs 71,000 crore worth power equipment including Rs 21,000 crore from China,” Mr Singh said in the state energy ministers conference chaired by him this morning in his opening remarks.

He said: “This (huge import of power equipment) is something we cannot tolerate that a country will transgress into our territory….we will not take anything from China and Pakistan.”

“We will not give permission for import from Prior Reference countries. We are affected. There could be malware or trojen horse in those (imports from China) which they can activate remotely (to cripple our power systems),” the Union Minister said.

India has in the recent days taken steps to impose stringent quality control measures and higher tariffs on goods from China as it looks to boost domestic manufacturing to cut reliance on imports.

After weeks of simmering tension at the Line of Actual Control or the de-facto border with China, 20 soldiers including a Colonel were killed in action in the June 15 brawl with Chinese troops at the Galwan river valley. Army sources say the Chinese suffered 45 casualties.

Sensex, Nifty Near 4-Month Highs As IT, Energy Stocks Jump