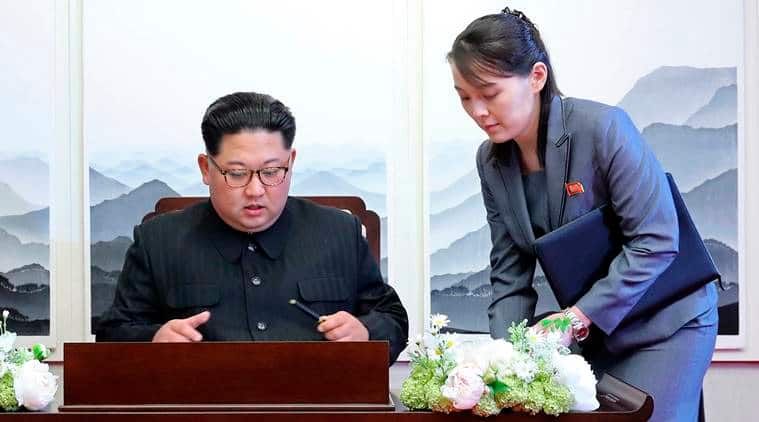 The powerful sister of North Korean leader Kim Jong Un said Friday she doesn’t expect her brother to meet President Donald Trump this year, saying there’s no reason for the North to gift Trump high-profile meetings when it’s not being substantially rewarded in return.

“But also, you never know,” Kim Yo Jong said in a statement released through Pyongyang’s official Korean Central News Agency, where she called for major concessions from Washington to keep alive the nuclear diplomacy.

“That’s because a surprise thing may still happen, depending upon the judgement and decision between the two top leaders,” Kim Yo Jong said. She added that if there is a need for summit talks, it is a U.S. need, while for North Korea, it is “unpractical and does not serve us at all.”

Kim Yo Jong is seen as her brother’s closest confidant and has been recently confirmed as his top official for inter-Korean affairs. She is also the first vice department director of the ruling Workers’ Party’s Central Committee.

She spoke as the U.S.’s top official on the Koreas is in Asia. Deputy Secretary of State Stephen Biegun is in Japan after meeting South Korean officials in Seoul, where he accused a senior North Korean nuclear negotiator of being “locked in an old way of thinking.” His remarks indicated Washington won’t likely make concessions to resume the talks despite the North’s pressure.

Trump and Kim Jong Un have met three times since embarking on high-stakes nuclear diplomacy in 2018. But negotiations have faltered since their second summit in February 2019, when the Americans rejected North Korean demands for major sanctions relief in exchange for a partial surrender of its nuclear capability.

Some analysts believe North Korea, which is sensitive about potential changes in U.S. leadership, will avoid serious talks with the Americans for now before an eventual return to negotiations after the U.S. presidential election in November.

Kim Yo Jong said that the diplomacy could be salvaged only by a reciprocal exchange of “irreversible simultaneous major steps.”

“We would like to make it clear that it does not necessarily mean the denuclearization is not possible. But what we mean is that it is not possible at this point of time,” she said.

North Korea for decades has been pushing a concept of denuclearization that bears no resemblance to the American definition, with Pyongyang vowing to pursue nuclear development until the United States removes its troops and the nuclear umbrella defending South Korea and Japan. Experts say Kim Jong Un sees the diplomacy as an arms reduction negotiation between nuclear states rather than talks that would culminate in a full surrender of the weapons he sees as his strongest guarantee of survival.

Indian Cooking Tips: This Odia-Special Dahi Baingan Will Add Burst Of Flavours To Your Palate