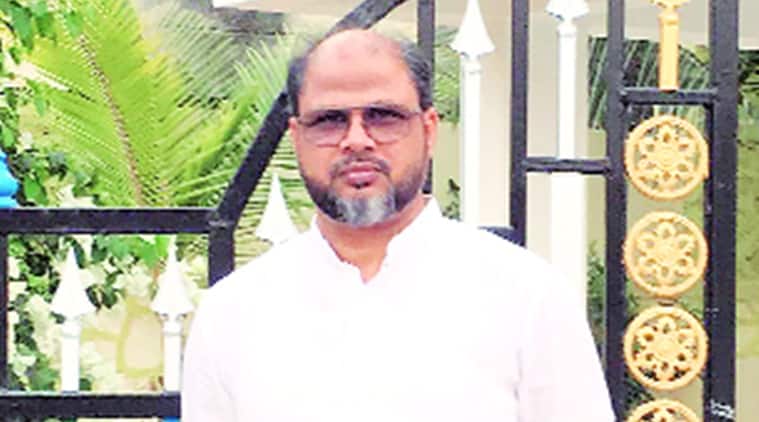 As a fresh law graduate from Aligarh Muslim University (AMU), lawyer Sagheer Ahmed Khan (47) started his journey as a migrant in Mumbai in 1999. When he arrived in Mumbai from his native Mahuari in Sant Kabir Nagar district of Uttar Pradesh, he lived in his cousin’s furniture shop in Vasai, a 15 x 10 sq ft space he shared with about seven others.

Like the thousands who come to Mumbai with the hope of a better life, Khan too became a part of the city’s rigmarole spending four hours a day travelling from Vasai to Churchgate to reach the Bombay High Court, where he has now been a practising lawyer for two decades. He now lives in a 3 BHK in a posh highrise in Wadala and runs his law firm Judicare Law Associates from a 2,000 sq ft office, a stone’s throw away from the High Court. The stepping stone on his journey from Vasai to Mumbai was a chawl in Dharavi’s Dr Baliga Nagar, where he lived for about three years. And while he is grateful for what he has, he is aware that most people who migrate to Mumbai for employment from his home state, meet a fate quite unlike his.

Earlier this month, Khan moved the Supreme Court stating that his “conscience is not allowing him to let poor migrants remain in lurch” and he offered to pay Rs 25 lakh to facilitate the travel of poor migrant workers from Mumbai to his home district of Sant Kabir Nagar “irrespective of caste, creed and religion”. In his petition that named the Centre, Uttar Pradesh government, Maharashtra government and railway ministry as respondents, Khan urged the court to direct the authorities to enable the safe repatriation of migrant workers wanting to return to Sant Kabir Nagar in eastern UP. “Fortunately, I have the money and resources to help those stranded in Mumbai and I offered to pay that money to show that I am a genuine petitioner.” The Centre and the respective state governments are expected to file their replies by May 29.

Khan said he was familiar with the plight of migrant workers living in Mumbai and governments and administrations across the country had failed to recognise the reasons behind their desperation to return home. “It is not about food or shelter. It is about self-respect. They may be poor but they have self-respect. No self-respecting person would like to queue up for food. There is no doubt that in a city like Mumbai, they would not go hungry with so many people stepping forward to help but it is the self-respecting migrant worker who suffered the most during this crisis. They started feeling more and more insecure and that is why they wanted to return home,” said Khan.

When a lockdown came into force on March 24, Khan said there was no immediate panic among migrant workers because they thought it is a matter of 15 to 20 days but when the lockdown was extended, they began to get impatient. May 7 onwards, the calls became more and more frequent. “At least 250 migrant workers were from my own village working as carpenters, in small hotel businesses, construction workers. They started calling and asking for help to return home. They may earn about Rs 1,000 a day, which is decent money, but the money was with their contractors, they had nothing in hand. The contractors too were in no position to pay. Most of them send what they earn back to their families in their village. This is when they began to feel insecure,” said Khan.

Khan’s brother Mohammed Shafique, who is the gram pradhan of Mahuari, made attempts to reach out to the administration in UP. Khan did what he could from Mumbai. “We tried calling on landlines, sending emails on official mails, tagging ministers on Twitter and seeking help to ease the paperwork for these migrant workers to be able to go home. We got no response. My brother and my sister-in-law too could not get anyone in the administration to respond. I too know people in the government but the numbers of nodal officers issued by the UP government was all a farce,” said Khan. He, therefore, moved the Supreme Court.

Since May 1, 200 Shramik Special trains have departed from Mumbai and another 100 from MMR. Of the first 100 trains that left Mumbai, 50 were UP-bound. Many have been lucky to get a ticket home, he said, but many continue to wait outside the stations in scorching heat for hours. “They don’t know which station to go to, what time is their train and sometimes, they don’t even know if the train will go to their destination or not,” said Khan.

Attempts to persuade migrants to stay put in Mumbai instead of setting out on foot or precarious means of transport have failed. “My first cousin left in a truck from Dombivli for our village without telling me,” said Khan. “She travelled for 56 hours in a truck with three children,” he said. “When I lived in the furniture shop in Vasai, it was a shop during the day and at night it was your hall, kitchen and bedroom. That’s how most migrant workers live in Mumbai. We were among the richest families in our village but in Mumbai, I was just another migrant worker. When seven-eight people live in one room, what kind of social distancing can you expect? When so many of them gather at railway stations, board the trains with common toilets how will they observe social distancing? Social distancing is for the elite, not for the poor,” said Khan.

Budget 2021: Norms of gold scheme to be tweaked to nudge fund allocation away from physical buying