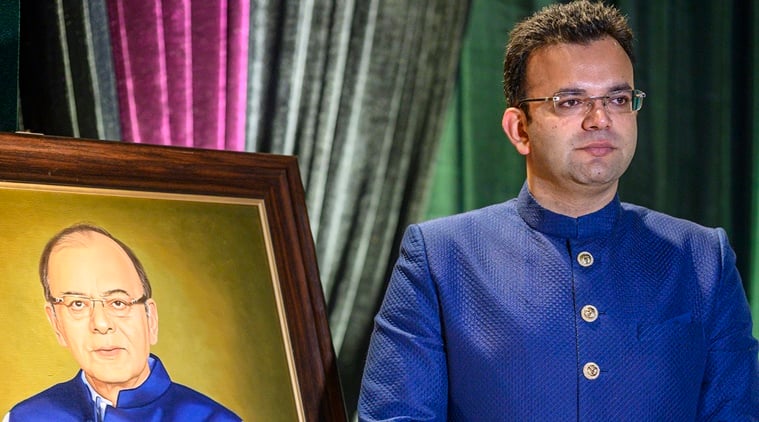 Rohan Jaitley, son of former union minister the late Arun Jaitley, said he is “not averse to the idea” of contesting for the post of president of the Delhi and District Cricket Association (DDCA). Arun Jaitley was DDCA president for over a decade till 2013 and the main stadium in the capital, which hosts international matches, is named after him.

“I have had a lot of people across the board who have come and met me and discussed various things. I have been requested to do it (contest for the president’s post). I have told them that I will keep it in mind certainly, but let the electoral process start. My intention is the welfare of the association. It should be brought back to the glory days. At the appropriate time, I will convey whatever my decision is. I am not averse to the idea,” Rohan told The Sunday Express.

Over the past month, various groups within DDCA have been calling on Rohan, who is a lawyer, and have claimed that he has agreed to contest for the post of DDCA president.

On Saturday, DDCA secretary Vinod Tihara said: “Looking at the mess in the DDCA, we need someone who can unite all groups and someone who everyone will respect and listen to for guidance. If Rohan Jaitley decides to contest for the president’s post of the DDCA, I think he will be a unanimous candidate. The contest will be for the other five posts in the DDCA. According to me, Rohan Jaitley is the best person to lead the DDCA and run the association smoothy.”

DDCA joint secretary Rajan Manchanda, who has a running feud with Tihara since the annual general body meeting in December, was also in favour of Jaitley’s potential candidature.

“What we are aiming for is to ensure that Rohan Jaitley is elected unopposed and it is a unanimous decision. A majority of the members are ready to support him. If other groups within DDCA are supporting him, it will be beneficial for the association,” Manchanda said.

On June 17, the Delhi High Court had directed the DDCA to hold elections within six weeks.

“At this stage, the parties have agreed that for the moment, the amicable way forward would be that the order of the learned Ombudsman directing holding of an election for the post of President, Treasurer and four Directors of DDCA be implemented in right earnest. A returning officer has been appointed. The parties agree that the elections should be held as soon as possible… Let the elections be held within six weeks from the date of receipt of a copy of this order,” the court order read.

Last week, Tihara had written to the Board of Control for Cricket in India (BCCI) to release funds due to the state cricket unit in order to make outstanding payments to cricketers, coaches, selectors, umpires, scorers and clubs. “The BCCI has released annual subsidies to other state associations in the month of Feb-March 2020 except the DDCA… According to a rough estimate, the BCCI owes DDCA around Rs 150 crore towards pending annual subsidy grant,” Tihara wrote.

The DDCA has been in the news for legal bills, which has run into crores of rupees. These lawyers have represented various factions and the state cricket association in court. At the same time, the DDCA did not release the money to the coaching staff and support staff. During the AGM in December, DDCA office-bearers came to blows over differences.

In November, television journalist Rajat Sharma resigned as DDCA president citing his inability to continue because of the “various pulls and pressures” within the organisation. “Cricket administration here is full of pulls and pressures all the time. I feel vested interests are always actively working against the interest of cricket. That is why I have decided to call it a day and hereby tender my resignation,” Sharma had said.

Dan there was none: Legendary shuttler calls it a day

Learnt almost everything from Rio Olympics: Mirabai Chanu ahead of Tokyo Games

Another player tests positive for virus after Novak Djokovic event

Differences between Dinesh Karthik-Andre Russell should be resolved: Brad Hogg

England vs Australia 1st T20I Highlights: Australia collapse from 124/1 to lose by 2 runs