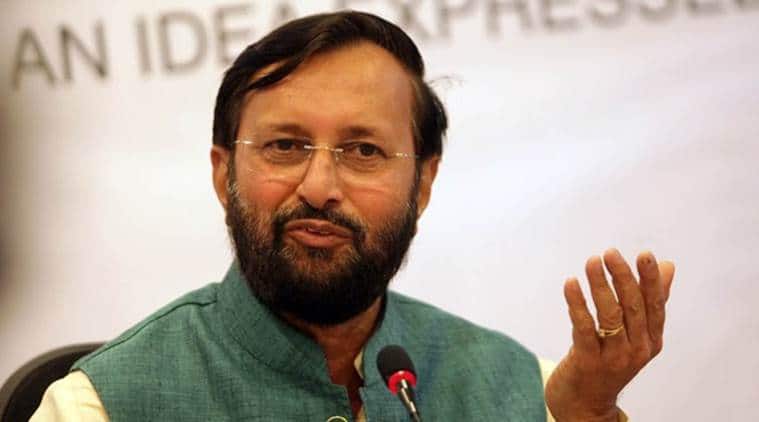 
In a statement on Wednesday night, Javadekar had promised a stern action against those responsible for cruelly killing the pregnant wild elephant in Kerala. (File Photo)

It is not in Indian culture to feed firecrackers and kill, Union Environment Minister Prakash Javadekar said on Thursday while taking serious note of the death of a pregnant wild elephant in Kerala after she was fed firecrackers-filled pineapple.

Tweeting about the incident that has taken social media by the storm, Javadekar said the government will not leave any stone unturned to bring the culprit to book.

“Central Government has taken a very serious note of the killing of an elephant in Mallapuram, #Kerala. We will not leave any stone unturned to investigate properly and nab the culprit(s). This is not an Indian culture to feed fire crackers and kill,” he said in a tweet.

In a statement on Wednesday night, Javadekar had promised a stern action against those responsible for cruelly killing the pregnant wild elephant in Kerala.

Issuing a statement here, Javadekar had said, “Environment Ministry has taken a serious note of the death of an elephant in Kerala. Has sought complete report on the incident. Stern action will be taken against the culprit(s).”

The elephant succumbed to an act of human cruelty after a pineapple filled with powerful crackers offered allegedly by locals exploded in her mouth.

The elephant died at Velliyar River on May 27.

According to sources, the post-mortem report revealed that the elephant was pregnant and her jaw was broken.

She was unable to eat after she chewed the pineapple and it exploded in her mouth, sources said.

Buknu: Have You Tried This Popular Masala From Uttar Pradesh Yet? Here's How To Prepare It At Home

On This Day: Sunil Chhetri scored his hundred in style

Facing dissent within, Sonia offers to quit, sets off chorus of support for herself, Rahul