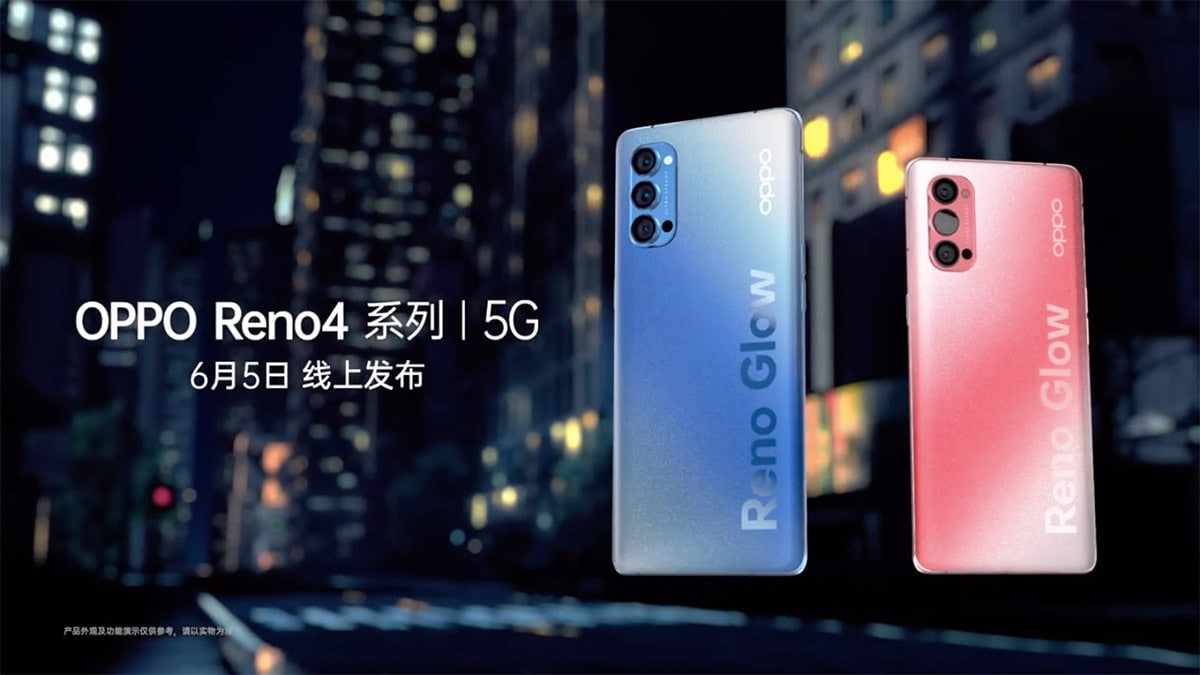 Oppo is working on the successor of the Reno 3 series, and we have already seen multiple leaks featuring phones from the upcoming Reno 4 series. These phones have leaked multiple times in the past via renders. Oppo has now finally teased the launch date for the Oppo Reno 4 and the Oppo Reno 4 Pro. These two phones are set to be unveiled on June 5 and Chinese retailer JD.com has already started taking pre-orders.

Both the smartphone have already been spotted on TENAA, tipping key specifications and the design. The Oppo Reno 4 is expected to carry a 6.43-inch AMOLED display while the Reno 4 Pro is tipped to pack a 6.55-inch AMOLED display. The Oppo Reno 4 is rumoured to have a dual-selfie camera as a part of hole-punch cutout, while the Reno 4 Pro is said to sport a single hole-punch display.

The Oppo Reno 4 and the Reno 4 Pro are also excepted to have a triple camera setup at the back and are tipped to sport the Qualcomm Snapdragon 765G SoC. There will be two variants for each phone , 8GB RAM with 128GB storage and 12GB RAM with 256GB storage. These phones are also tipped to run ColourOS 7.1 on top of Android 10. Based on the TENAA certification, we can expect the Reno 4 to pack 4,000mAh battery with support for 65W SuperVOOC fast charging.

Since the launch of the two phones is just days away, we won’t have to wait for long for pricing and availability information.