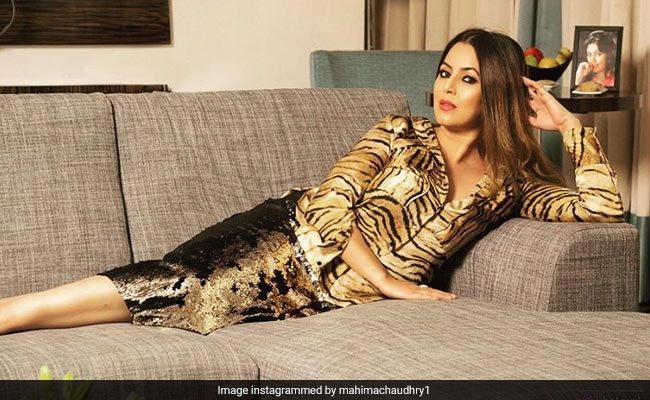 Actress Mahima Chaudhary, who became a star after featuring in Subhash Ghai’s 1997 film Pardes, co-starring Shah Rukh Khan, Apurva Agnihotri and late actor Amrish Puri, in a recent interview, recounted a massive accident where she was hit by a truck. The 46-year-old actress, in an interview with Pinkvilla, opened up about an accident that took place during the shooting of her 1999 film Dil Kya Kare, co-starring Ajay Devgn and Kajol. “I was working for Ajay Devgn and Kajol’s home production film Dil Kya Kare with Prakash Jha. During that, in Bengaluru, while on my way to the studio, I had a massive accident where a truck hit my car, and the glass of my car went into my face mostly,”Mahima Chaudhary told Pinkvilla in an online interview.

Mahima Chaudhary  revealed that she “thought she was dying” and it was days after her accident that her Dil Kya Kare co-star Ajay Devgn and her mother came to meet her at the hospital. “I thought I was dying, and at that point, no one even helped me get to the hospital. It is only after reaching the hospital, much later, when my mother came, Ajay came and they went to discuss. I got up and saw my face in the mirror and saw the horror. When they did the surgery on me, they took out 67 glass pieces,” said Mahima Chaudhary.

The 2016 Bengali thriller Dark Chocolate remains Mahima Chaudhary’s  last release. Besides Pardes, the actress is best-known for her performances in films like Daag: The Fire, Dhadkan, Lajja, Om Jai Jagadish, LOC Kargil, Baghban and Zameer: The Fire Within, to name a few.

Ankita Konwar And Milind Soman Basking In The Sun: The Only Thing That’s Changed Since Last Monday Is…

Twinkle Khanna Learnt This Skill Growing Up With Her Grandmother. She Tried It Again 20 Years Later