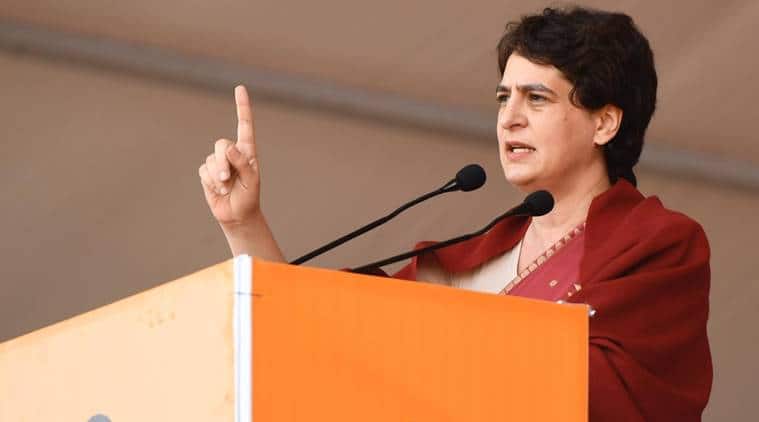 
Priyanka Gandhi said it is not the time for politics and all the parties must help the migrants in the hour of need. (Photo by Tashi Tobgyal/File)

Amid row over buses arranged by her party for migrants in Uttar Pradesh, Congress leader Priyanka Gandhi Vadra Wednesday asked the Yogi Adityanath government to allow the buses to ply even if it means “pasting BJP flags on these buses”.

“We will have to understand our responsibilities. They (migrant labourers) aren’t just Indians but India’s spinal cord. The country runs on their blood and sweat. It is everyone’s responsibility. It is not the time for politics,” she added.

The Congress had offered the Yogi Adityanath-led BJP government in Uttar Pradesh to run 1,000 buses to bring migrant labourers back to the state, a proposal which had triggered a war of words between the two sides. The government accepted the proposal on Monday and asked the Congress party to share the details of buses and the drivers, but later demanded that they handover the 1,000 proposed buses to officials in Lucknow by 10 am. To this, the Congress accused the BJP of playing politics saying taking empty buses to Lucknow from state borders will be of no use. The Congress also provided the list of buses to the state government.

However, on Tuesday, state minister Sidharth Nath Singh alleged that the buses had registration numbers of scooters, three-wheelers and goods carriers. “In the preliminary checking of the numbers, it has been found that the numbers mentioned in the list as that of buses are actually of scooters, three-wheelers and goods carriers,” PTI quoted the minister as saying.

Pune: Toor growers stare at season with prices below MSP

Roads blocked but Ghazipur numbers swell, many show up with rations, water