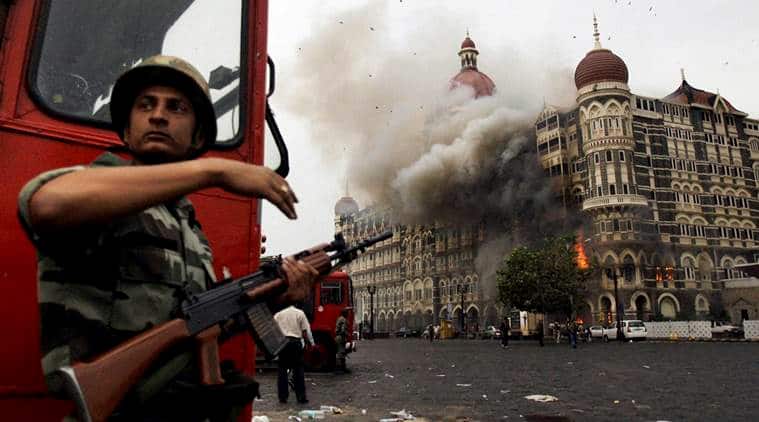 India has slammed Pakistan for not acting on the concrete evidences shared by it on several terrorist attacks, including the 1993 Mumbai serial blasts and the 2008 Mumbai terror attack and pointed out that the perpetrators of these heinous crimes, though proscribed by the UN, continue to enjoy “state hospitality” in the country.

Mahaveer Singhvi, head of the Indian delegation, made the comments at a webinar on Thursday during the ongoing virtual Counter-Terrorism Week.

“This is an occasion for reiterating our collective resolve to protect and uphold human rights. It is unfortunate that Pakistan, a sponsor of cross border terrorism, and the globally acknowledged fountain head and pernicious cradle of terrorism, has once again used this forum for propagating its discredited narrative and making mischievous and scurrilous allegations against India,” Singhvi said.

While the whole world, including India, has undertaken proactive steps to promote human rights and build resilience against terrorism, Pakistan has main-streamed terrorism as statecraft, Singhvi added.

“It continues to provide military, financial and logistical support to cross border terrorism but has denied the victims of terrorism their fundamental right to justice by not acting on the concrete evidences shared by India on several terrorist attacks, including 1993 Mumbai Serial Blasts and 2008 Mumbai Terror Attack. The perpetrators of these heinous crimes have been proscribed by the UNSC 1267 committee but continue to enjoy state hospitality in Pakistan,” Singhvi, Joint Secretary for Counter-Terrorism in the Ministry of External Affairs, said.

Singhvi also said Pakistan’s attempt to “masquerade” as a promoter of human rights and egalitarianism is “farcical” considering its record of systemic persecution of its minorities, including Christians, Ahmadiyyas, Sikhs, Hindus, Shias, Pashtuns, Hazaras, Sindhis, and Balochis. through draconian blasphemy laws, forced conversions and marriages and extrajudicial killings.

Pakistan consistently rakes up the issue of Jammu and Kashmir and other internal matters of India at various UN fora. Earlier this week also, India had strongly hit out at Pakistan for raising India’s domestic policies and internal affairs at the counter-terrorism forum.

During the webinar “Protecting and Promoting Human Rights as a Cornerstone for Building Resilience against Terrorism”, Singhvi asserted that Jammu and Kashmir has been, is and will continue to remain an integral part of India and said Pakistan should cease to covet it.

Singhvi said that before preaching to others, Pakistan must remember that terrorism is the worst form of human rights abuse.

“The world doesn’t need lessons on human rights from a country whose own citizens as well as minorities have never enjoyed true democracy. The least Pakistan could do, therefore, is to look into its own sorry state of affairs and put its house in order before pointing fingers at others and spewing venom against the democratically elected Indian Government and its leaders.”

Singhvi told the UN forum that India has a civilisation ethos of inclusiveness, tolerance and acceptance and the philosophy of “Vasudhaiva Kutumbakam”, the world is one family, permeates each aspect of Indian life.

“Our cultural, linguistic and religious diversity is our strength and our Constitution guarantees equal rights to all faiths and creeds. Pakistan may repeat its Goebbelsian lies, a thousand times, but it cannot change the fact that Minorities feel secure and empowered in India.”

He further said that terrorism is the grossest affront to the enjoyment of the inalienable human right to life and to live in peace and security. It poses a serious threat to economic and social development, undermines democracy and jeopardises the rule of law and is an attack against freedom of thought, expression and association.

“While acts of terrorism violate the rights of individual victims, it also deeply affects the enjoyment of a range of rights by the families of the victims and society as a whole,” he said, adding that building resilience of the society against terrorism forms an integral part of any counter terrorism strategy.

“There is a need to foster a society in which individuals and communities are able to counter the spread of terrorist ideologies and challenge those who espouse them. This requires robust partnerships and cooperation with citizens and local communities.”

Noting that any terrorist incident disproportionately affects the human rights of women, girls and children, he said gender and age sensitive measures need to be incorporated in addressing the short, medium and long-term needs of the most vulnerable groups of victims of terrorism.

Protection of the rights of children and young persons, especially their right to education is also critical to prevent radicalisation and indoctrination of terrorist ideologies, he said.

Watch: These Restaurant-Style Masala Prawns Will Perk Up Your Lunch Spread In A Jiffy

Why MLC not disqualified two years after switch: Allahabad HC