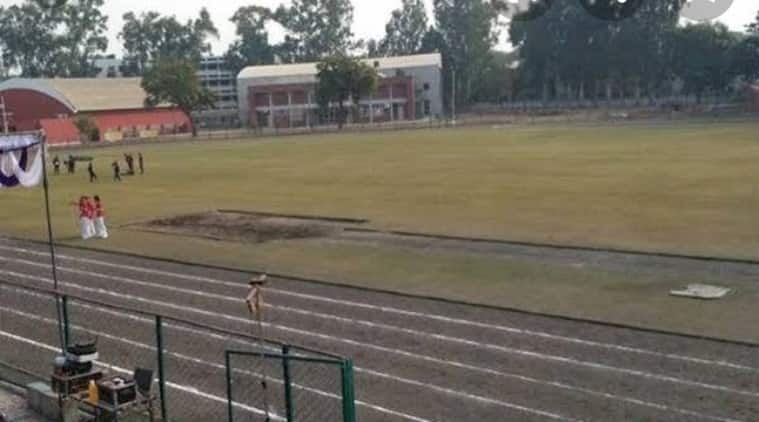 
More than 200 players turned up for training. (Express Photo)

More than two months after they were closed, Chandigarh sports complexes and stadiums saw trainees train for the first time with social distancing measures in place, on Saturday. While the 20+ sports complexes of the UT Sports Department saw more than 200 players turning up for training, the CLTA tennis stadium saw more than 50 players train on the first day of training post lockdown.

“We had more than 25 high performance and tournament group trainees in the morning followed by 10-15 inter-mediate trainees train at CLTA Stadium in the evening. We had made sure that only two players train on each court and the players were not even allowed to service, which includes touching the ball. The courts were sanitized after the morning session and cars being not allowed in the complex. Players remained on their side of the court and no rotation was allowed,” said Romen Singh, chief coach, CLTA while speaking to the Sunday Express. CLTA trainee Calvin Golmei was part of the first group. “Training after more than two months was refreshing for us, even as we took all precautions,” he said.

“We started with ten trainees today and the number will be increased to 20 each in the morning and evening sessions. We have six courts and each court will see only two players training and a maximum of 12 players in the hall at a time. The players were told about the precautions and preventive measures apart from light training. Players were screened prior to training. The players carry masks and sanitizers with them and we also sanitise the shuttles. We have also placed the benches in the hall at a distance,” said Surinder Mahajan, secretary, Chandigarh Badminton Association and Indian badminton coach.

READ | Chandigarh Golf Club reopens, city’s who’s who tee off with masks on

At the Lake Club Sports Complex, archery training saw 10-12 archers training on Saturday. While the complex has a total of eight targets, players were told not to use other targets and the targets were sanitized after each session. “Since training happens outdoors, players were told to shoot from their respective marked areas and sharing of arrow and equipment was not allowed. Players cannot approach other target areas except their own target area and targets were sanitised. We expect more trainees to come in coming days and we will make different batches,” said Kulbir Singh, archery coach at the complex.

Govt lists challenges in starting flights from Mumbai, other airports

Arrange flight to bring players home after IPL is over: Chris Lynn to Cricket Australia

Taliban bans IPL broadcast in Afghanistan due to ‘anti-Islam content’