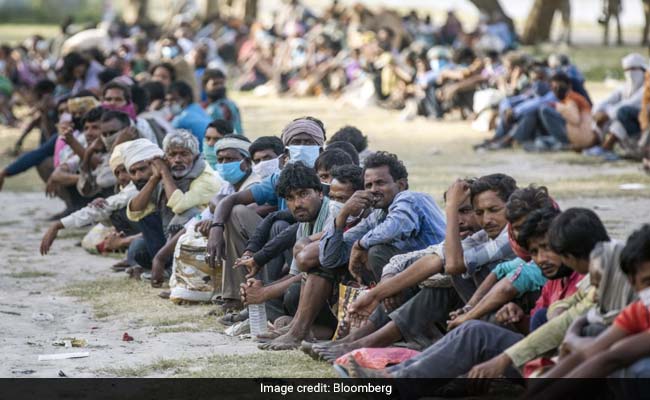 Coronavirus: Migrant workers sit on the banks of the Yamuna in Delhi

For the first time since Prime Minister Narendra Modi swept to power six years ago, signs are emerging that his seemingly unshakable hold over legions of migrant workers may be slipping.

Over the last two months reports have poured in from across the country about the suffering of those who lost their incomes almost overnight when PM Modi announced a nationwide lockdown. Now anger is starting to surface in key states at a leader who just last year won his second term in office with a sweeping majority.

“Why did he abandon us?” Jammun Jha, a textile factory worker who lost his job in Noida, asked of PM Modi. The 50-year-old had been trying to get on a bus to his village on May 29, some 1,200 kilometres away in Bihar.

“The Modi government did very little for us this time,” said Jha, who voted for the Bharatiya Janata Party last year. “Surely, people who have suffered like me will remember what we have had go through when we vote next.” So far, the shifting sentiments are mostly anecdotal: No credible surveys have tapped the views of the more than 100 million migrant workers living in India. PM Modi has enjoyed high approval ratings for his handling of the virus, he retains a solid majority in the national parliament, a weak opposition remains largely ineffective and he doesn’t need to call a general election until 2024.

But a wider shift in attitudes among voters like Jha poses a risk in state elections over the next 12 months, which could start to erode the BJP-led coalition’s strength in the upper house of parliament. The lockdown has largely failed to stem the virus in major cities like Mumbai and Delhi, and prolonged unemployment is starting to boost tensions.

The first test for PM Modi will come by November in Bihar, the country’s largest source of migrant labour, which is currently ruled by a coalition that includes his BJP. As one of India’s poorest and most populous states, it also has outsize significance as a political bellwether. 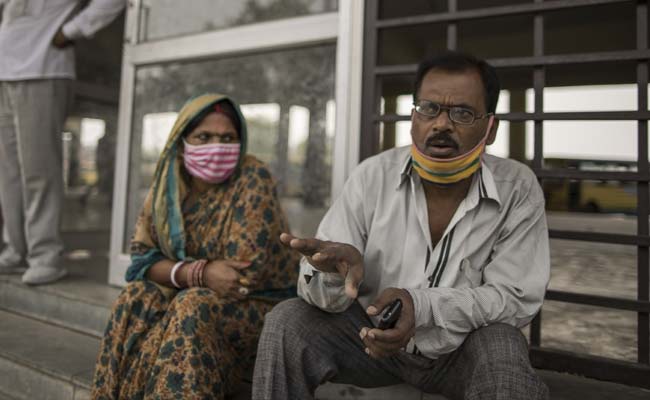 Jammun Jha and his wife sit at a bus terminal in Greater Noida, Uttar Pradesh

“It’s too early to say whether or not this will impact Prime Minister Modi’s political fortunes,” said Akhil Bery, South Asia analyst at risk consultancy Eurasia Group, said by email. “There is the potential for this to negatively impact the Bihar elections – if the opposition is able to come together again.”

Kicking off the BJP’s election campaign in Bihar on Sunday, Home Minister Amit Shah – PM Modi’s right-hand man – signaled the ruling party was sensitive to criticisms of its treatment of migrant workers. While predicting the government would be returned with a two-thirds majority, Mr Shah urged them to ignore opposition leaders who criticize PM Modi’s response.

“You should distance yourself from these talks, especially migrant workers,” Mr Shah said. “Remember, the whole country appreciates you.” 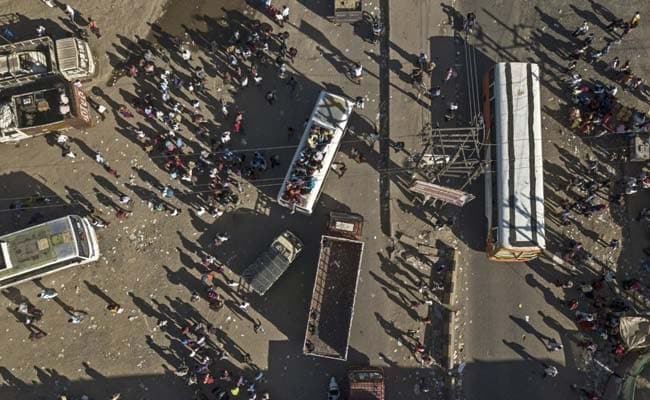 Migrant workers and their families board buses in Delhi, on March 28.

These labourers make up nearly one-fifth of India’s workforce, building its cities and running its factories. Their anguish has been a constant backdrop of the country’s coronavirus response since Modi announced a lockdown from March 25 with just four hours notice, leaving many stranded with no cash and no support from local authorities.

One policy misstep that may hurt the administration in places like Bihar was a plan to use special trains to ferry workers home cities to rural villages. It started only a month into the lockdown and has been mired in chaos and tragedy.

Many people had no choice but to walk or cycle hundreds of kilometres, dragging luggage and carrying children on their shoulders. One desperate group travelled inside the cavity of a cement mixer. Hundreds perished on the way of starvation and accidents, including a group of migrant workers walking along railway tracks who fell asleep and were run over by a train. 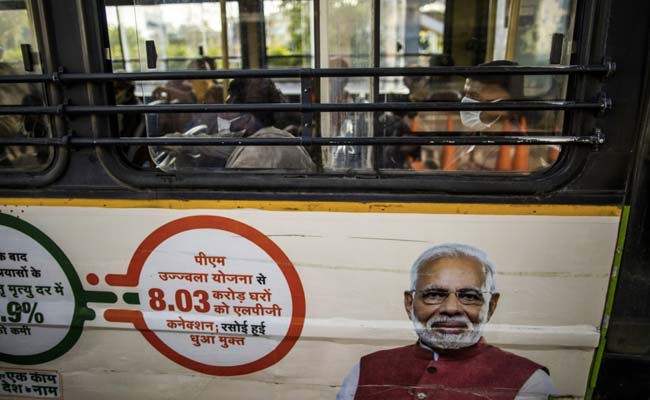 Migrant workers wait in a bus on the banks of the Yamuna while being transferred to a shelter in Delhi, on April 15.

“These migrants used to speak highly of Modi, but now they are very critical of him,” said Shaibal Gupta, an economist and founder of the Asian Development Research Institute in Bihar, a not-for-profit organization that specializes in economics, politics and development. Their discontent at the “raw deal” they received from the government will have an impact on the election in Bihar, he said: “They will vote against Modi’s party and his coalition partner.”

There have already been outbreaks of social unrest. In the city of Surat in PM Modi’s home state of Gujarat, police subdued angry workers with tear gas in five separate clashes in April and May as citizens demanded the government arrange trains to help them return to villages.

For its part, the ruling party doesn’t see any adverse political impact.

“Most migrant labour decided to move when the lockdown was extended and some incidents were indeed tragic,” said spokesman Shahnawaz Hussain by phone. “But the government moved quickly and showed that it cared for them and was committed to their well being,” he said.

The main opposition party has, so far, failed to seize the political moment despite its harsh criticisms of the government. Congress spokesman Manish Tewari said the attitude of Modi’s administration toward the workers was clear: “‘You broke the lockdown, now go to hell.’ Nothing else can explain their brutalization.” 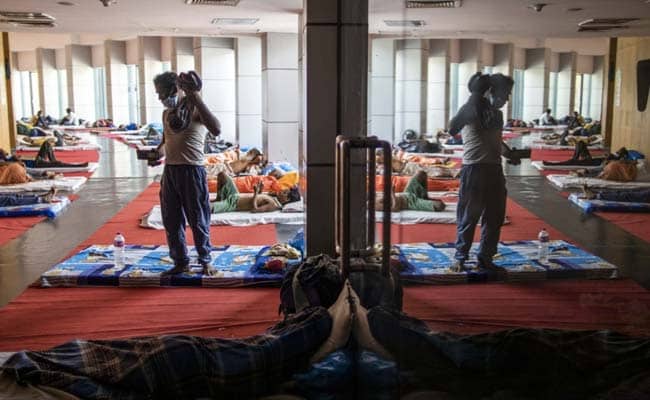 A temporary shelter set up at the Yamuna Sports Complex in Delhi, on April 15.

Unprotected by unions and politicians, migrants are often at the mercy of their employers for wages and benefits in industries such as textiles, garments and construction. They’ve struggled to access the $277 billion support package announced by Finance Minister Nirmala Sitharaman, which promised cheap credit to farmers, direct transfer of money to the poor and easier access to food security programmes.

Kishen Kumar Sharma, 28, who’s paralyzed from the waist down following an accident, was being treated in a Delhi hospital until the virus outbreak put the country’s medical system on red alert. His treatment stopped, both his brothers lost their jobs and they were thrown out of their rented room and had to live on the roads for a week.

“Even animals are treated better,” Mr Sharma said as he pushed his wheelchair along the highway trying to cover the 800 kilometers to his village in the northern state of Uttar Pradesh while his family members walked with him.

“PM Modi has been talking a lot, but his government did nothing for us during this crisis,” he said. “I voted for the BJP, but next time I won’t.”

“Must Be Pragmatic”: Aviation Minister On Quarantine For Air Passengers