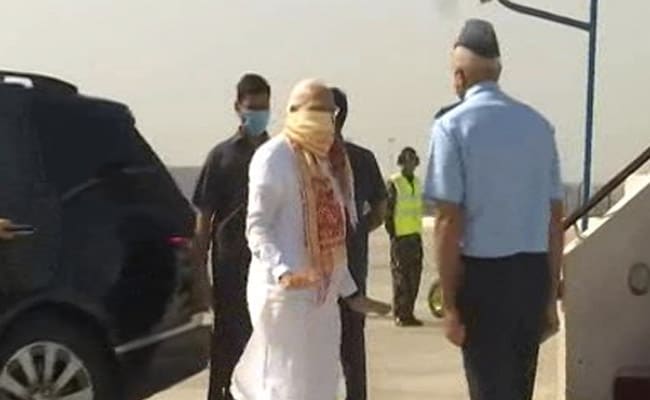 Prime Minister Narendra Modi will fly to West Bengal and Odisha today to take stock of the ground situation in the wake of Cyclone Amphan and conduct aerial surveys in the two states. Cyclone Amphan – the worst in 283 years – has killed 72 people, Bengal Chief Minister Mamata Banerjee said on Thursday.

The cyclone swept through several parts of Bengal, including capital Kolkata on Wednesday, leaving behind a trail of destruction, with thousands of homes damaged, and trees and electric poles uprooted.
This will be PM Modi’s first travel outside Delhi in nearly three months as he remained in Delhi because of the nationwide lockdown necessitated by the coronavirus pandemic.

PM Modi had last travelled to Prayagraj and Chitrakoot in Uttar Pradesh on Febraury 29. It is after 83 days that the Prime Minister will be stepping out of the capital, to Bengal and Odisha.
Bengal Chief Minister Mamata Banerjee had asked the Prime Minister to visit the state and inspect the damage, which she said was in the tune of Rs 1 lakh crore.

PM Modi, in a series of tweets on Thursday, said the entire county stands with Bengal and “no stone will be left unturned” to help those affected. “Have been seeing visuals from West Bengal on the devastation caused by Cyclone Amphan. In this challenging hour, the entire nation stands in solidarity with West Bengal. Praying for the well-being of the people of the state. Efforts are on to ensure normalcy,” the Prime Minister tweeted.

PM Modi will take Mamata Banerjee along for the aerial survey in south Bengal,  large swathes of which have been devastated by Cyclone Amphan. The Prime Minister and the Bengal Chief Minister will stop over at Bashirhat  in North 24 Parganas for discussion on how to salvage Bengal.

After the meeting, PM Modi will fly onwards for an aerial survey of Odisha.

The cyclone also caused widespread devastation in Odisha, damaging power and telecom infrastructure in several coastal districts. Officials of the Odisha government estimated that it has affected around 44.8 lakh people in the state.