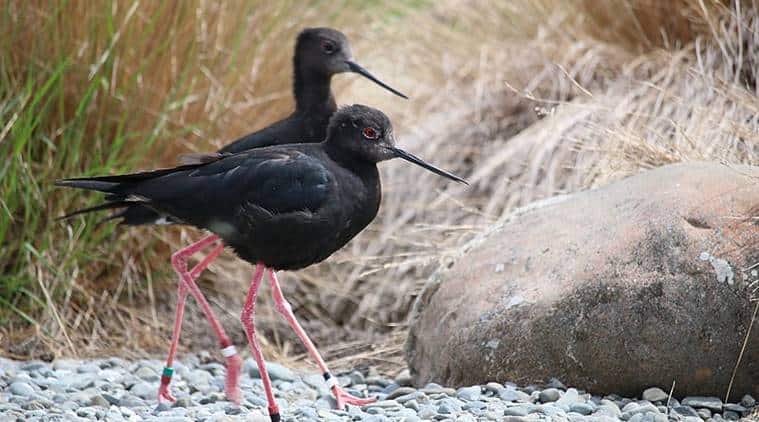 After spending almost four decades trying to prevent the extinction of one of the rarest species of wading bird — the kaki, or black stilt, New Zealand’s Department of Conservation has announced that the population of adult kaki in the country has increased by 30 per cent. As many as 169 black stilts now exist in New Zealand’s wilderness.

The country’s Department of Conservation launched its Kaki Recovery Program nearly forty years ago and has since been working towards building the population of these rare and unique birds, which largely breed in New Zealand’s Mackenzie Basin and South Island.

“Thanks to the team effort involved in the Department of Conservation’s successful captive breeding program and amazing support from partner organisations, there are 40 more adult birds living and breeding in the wild than this time last year,” said New Zealand’s Minister of Conservation Eugenie Sage.

International NGO Global Wildlife Conservation (GWC) partnered up with the New Zealand government to expand its large-scale conservation project by setting up a brooder room to hand-rear chicks in 2019, and also establishing an aviary for juvenile kaki in 2018. The new facilities helped double the number of birds within a span of two years — the largest increase in nearly four decades.

“New Zealand’s commitment to turn the tide on the decline and extinction of native species shows their leadership in biodiversity conservation,” Wes Sechrest, GWC chief scientist and CEO, said in a statement.

“The decades-long fight to recover the world’s rarest wading bird, the kaki, is turning a corner with this year’s success. I hope that New Zealand will continue to make significant progress with their massive goal of preventing extinction of the country’s unique and amazing species,” he added.

The adult Kaki’s compact all-black body and beak, as well as its long red limbs set it apart from other birds found in the New Zealand wilderness. While the bird had a marked presence in the country several decades ago, in 1981 there were a mere 23 adult Kakis in the country due to habitat destruction and the introduction of non-native predators like feral cats, ferrets and rats.

Multiplex Body "Dismayed" At Ban Not Being Lifted, Urges For Permission To Open Up