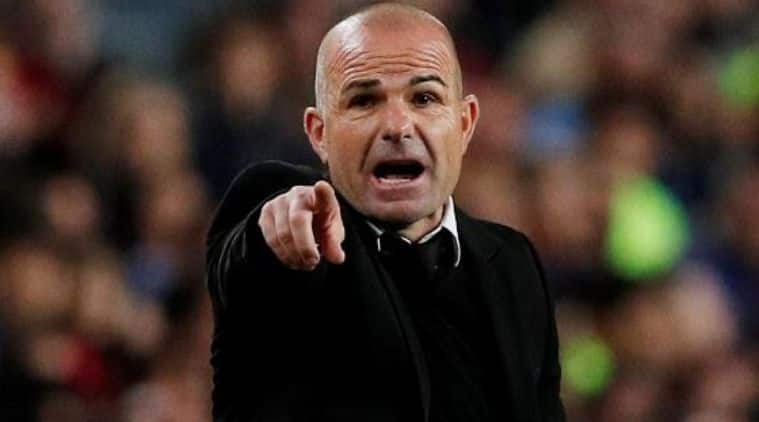 Levante coach Paco Lopez has said he hoped La Liga did not allow supporters to attend matches in the final stretch of the season because his side were playing home games at a different ground after assuming the fixtures would be played without spectators.

Organisers had said all games would be played behind closed doors to prevent further spread of the novel coronavirus but La Liga president Javier Tebas is hoping spectators can attend matches in reduced numbers before the season ends.

Levante, who are 13th and eight points above the relegation zone with 11 games left, will play their final six matches at the 5,000-capacity Camilo Cano Olympic Stadium, more than 150km from their Ciutat de Valencia ground which is being renovated.

“I will not be able to understand it if they change criteria and matches are played with fans in the end, I think it would be an authentic disgrace,” Lopez told a virtual news conference ahead of his side’s first game back at Valencia on Friday.

“The club made that decision thinking that there would be no fans at these games. We were told that the season would finish without fans and it would be wrong and unfair if that changes.”

As well as sporting considerations, Lopez is against opening stadiums up to supporters for health reasons after more than 27,000 people in Spain had died from the virus.

“It would not be right especially considering where we have come from, we cannot forget about the people who have died. People’s health should come first,” he added.

League chief Tebas told reporters on Thursday he would like to see stadiums at 10% or 15% capacity once the government’s protocol allows it from June 29, although the final decision is with the department for sport.

Real Madrid are in a similar situation to Levante as they are playing their final home games at the 6,000-capacity Alfredo di Stefano stadium after deciding to move forward construction work on the facelift to the Santiago Bernabeu.

Dahi Shorba: This Soup Made With Yogurt And Spices Will Soothe Your Soul This Summer

PSG players must show they deserve to wear the shirt: Mauricio Pochettino

‘I’m still targeting Tokyo Olympics… once this is all over’: Mary Kom