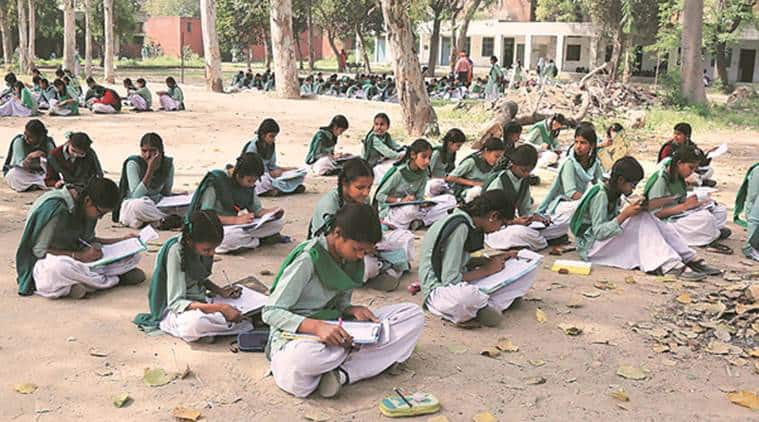 
Final exams in govt schools of Punjab: On the floor, under the sun & trees ( Representational)

THE PUNJAB and Haryana High Court Wednesday stayed the reduction of pay of newly appointed head masters and head mistresses in the Punjab Education Department who had joined these posts in January 2020 from their earlier post of computer faculty in various schools.

Justice Ritu Bahri passed the order after hearing a petition filed by Duryodhan Gurdial Singh and six others. Justice Bahri, while staying the operation of the orders dated June 12, 2020, passed by DPI (SE) Punjab and order dated November 07, 2017 passed by Department of Finance, has directed the state to file a detailed reply by October 27.

Advocate Kapil Kakkar, the counsel for the petitioners, submitted before court that initially they joined as computer faculty on contractual basis in the year 2005-2009 and later on in the year 2011, their services were regularised by Punjab government.

After selection on merit, they were appointed as head masters or head mistresses in various government schools in January, 2020.

Kakkar informed the court that they continued to draw the salary in regular payscale on the ground of pay protection of their previous post but on June 12, the DPI passed an order denying the benefit of pay protection to them.

According to the petition, the same was done under the pretext of the order of the Finance Department passed on November 07, 2017, stating that as their initial appointment was in a society, though run by the government, the benefit of pay protection cannot be given to them and were entitled only to the basic pay of Rs 10,300 during the probation period of three years.

Kerala: First-line treatment centres to come up in every panchayat