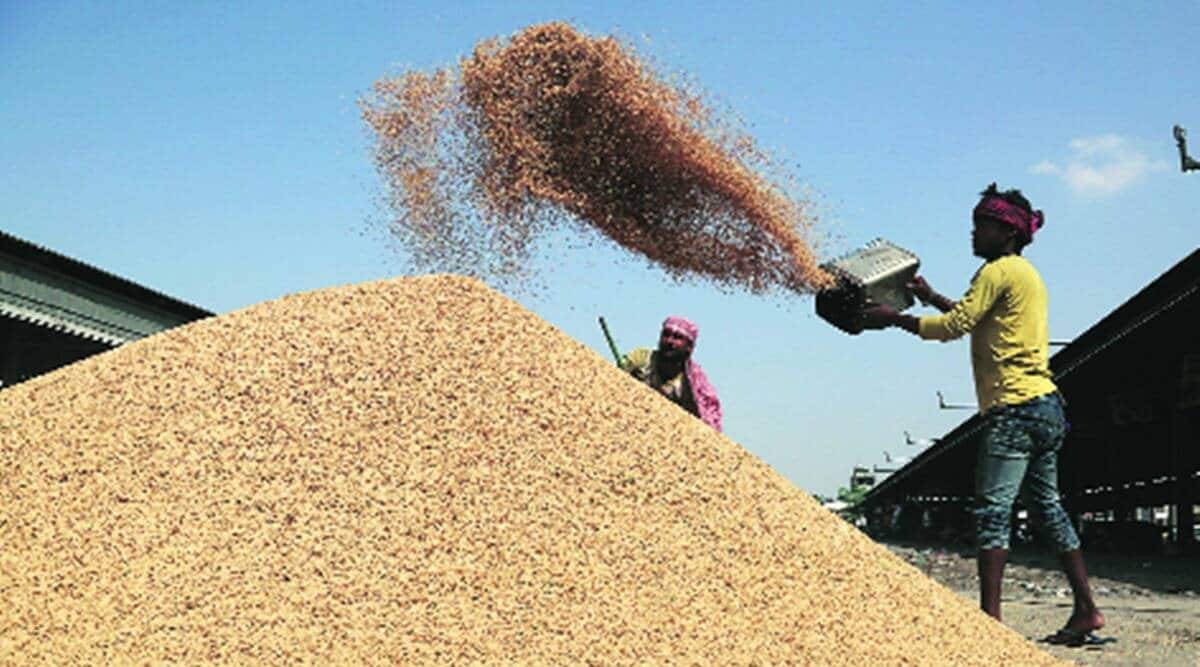 
The state has procured 52 lakh tonnes (LT) of paddy against 29 LT till October 17 last year. (Representational)

Despite the pandemic and farmers’ protests, Punjab has procured 79 per cent more paddy as compared to the corresponding period last year.

The state has procured 52 lakh tonnes (LT) of paddy against 29 LT till October 17 last year.

Punjab, which has been expecting to procure over 16 million tonnes of paddy this year, has already procured over 5 million tonnes in the first three weeks of the procurement season which started from September 26.

From September 26 to October 17, the paddy arrival in Punjab’s grain markets was 53.66 LT (5.01 million tonnes) out of which 52 LT (5.02 million tonnes) has already been purchased by the government agencies.
Daily over 5 lakh tonnes of paddy is coming to the mandis through passes issued to the farmers to avoid rush so as to adhere to the COVID-19 norms. The entry of paddy in the mandis is possible only through passes, which are in seven colours for seven days in a week.

To date, around 38 LT (73% of the total purchase) has been transported from the mandis to shellers and other government’s storage places, and around 14 LT is lying in the state mandis.

A total of 3.86 LT basmati rice has arrived in Punjab Mandis the purchase of which is being done by private players, including rice exporters and traders.

Out of the total purchase so far, 56% (over 29 lakh tonnes) has been purchased by half a dozen districts of the state which has 22 districts.

Barnala is at the bottom with just 13,132 tonnes purchased while Pathankot is the second last with 32,990 tonnes.

Around 40 per cent harvesting in the state has been completed and farmers are bringing the paddy in turns.

General manager of Punjab Mandi Board G P S Randhawa said that smooth procurement has been going on and for hassle-free procurement, they have set up a control room where queries or complaints of farmers are always welcomed. “Till date, we got 126 queries/complaints in the past three weeks and all have been addressed,” he said, adding that limited entry is allowed in the mandis to maintain social distancing.

The Punjab government had notified over 4,000 mandis this year due to Covid-19 so that farmers could find procurement mandi close to their place.

‘Biting the hand that feeds you’: Jaya Bachchan on drug addiction in Bollywood claim

Won’t allow any union minister in state if Centre does not address farmers’ concerns: Raju Shetti

Military Digest: The Ladakh story – Get there fastest with the mostest!