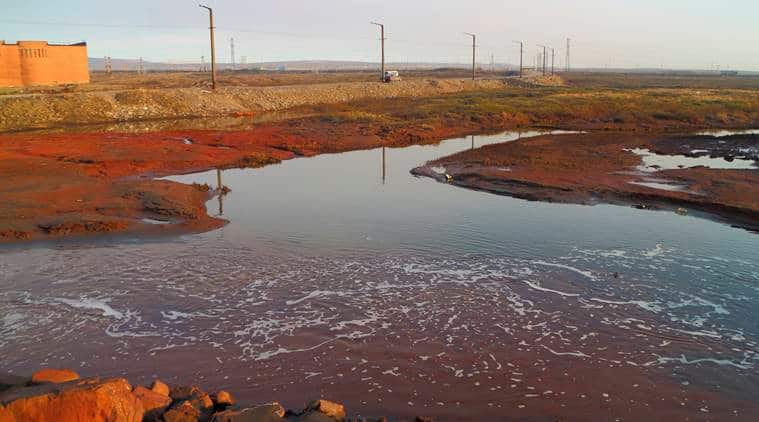 The mishandling of the biggest Arctic oil spill ever infuriated Russian President Vladimir Putin and could give a boost to the country’s environmental regulation.

MMC Norilsk Nickel PJSC, Russia’s biggest miner, didn’t make a public statement until two days after the May 29 accident, which leaked over 20,000 tons (150,000 barrels) of diesel into a fragile Arctic river system.

By then, images of the catastrophe had gone viral on social media and soon the governor of the region made a public report to a visibly irritated Putin. The president publicly scolded Vladimir Potanin, Nornickel’s biggest shareholder and the country’s richest man, for not upgrading the tank before it leaked.

As the extent of the spill became clearer, investigators said Wednesday that they’d detained several employees of the unit responsible for the tank, a move Nornickel called excessive. The company has said melting permafrost and soil subsidence damaged the tank. If true, that means infrastructure across the country’s vast north may be at risk as the ground warms.

Nornickel has long been criticized for ignoring environmental issues. A small investment in the tank might have prevented the spill, which now threatens extinction for many fish, birds and mammals unique to Siberia’s Taimyr Peninsula, a senior official said. Putin was very angry over the spill, according to the person, who asked not to be identified in order to speak candidly.

Blacklisted The accident could become a catalyst for the president to push through long-stalled environmental regulations targeting Russia’s aging energy infrastructure, the person said.

This isn’t the first time the company’s pollution problem has wounded Russia’s environmental reputation. Its main assets are located in Norilsk, one of the country’s dirtiest cities. Norway’s sovereign wealth fund, the world’s largest, has blacklisted Nornickel since 2009 for the damage it has done in the Taimyr Peninsula.

There are two main versions of what caused the accident. Nornickel and Russia’s Prosecutor General blame the melting permafrost for causing damage to the tank. Russia’s Investigative Committee said the 35-year-old tank was commissioned without proper permits in 2018, the year Nornickel says it was renovated.

The disagreements extend to the damage caused by the spill. Fuel from the accident has been found in Lake Pyasino that feeds into the Kara Sea, putting local wildlife at risk, Interfax reported Tuesday, citing the regional governor Alexander Uss. A Nornickel investor presentation the same day said the spill was contained before reaching the lake and there was no risk to the Kara Sea.

10,000 Spills What is clear is the size of the spill is unprecedented. Greenpeace compared it to the 1989 Exxon Valdez accident in Alaska. Nornickel estimates it will cost $150 million to clean up.

Russia, the world’s biggest energy exporter, has at least 10,000 oil spills annually, according to Vladimir Chuprov, the head of Greenpeace Russia’s energy program. The accidents are concentrated in the country’s sprawling oil pipeline system, at least half of which is past its useful life, Chuprov said.

The situation is growing more critical as permafrost melts due to climate change. With more than half of Russia’s land permanently frozen, vast swaths of the country has infrastructure at risk as the ground thaws.

Stalled Bill Yet stricter regulation to prevent and liquidate oil spills has been stalled in parliament since 2018, when a draft bill passed its first reading. The law would require companies with fuel storage or pipelines to maintain detailed plans to contain spills and create financial reserves to fix any damage.

After the accident, Putin ordered checks of similar tanks around Russia and urged the quick adaptation of new legislation. This week, Prime Minister Mikhail Mishustin revived talk of the 2018 bill.

The draft is too vague to make an impact and needs a clear mechanism to create provisions, according to Darya Kozlova, head of oil and gas regulation at Moscow-based Vygon Consulting. A better approach would be to rely on insurance policies and online monitoring, she said.

“The major problem is Russian companies are not motivated to change the situation and to invest into preventing accidents,” Greenpeace’s Chuprov said, who advocates limiting pipelines and infrastructure in the Arctic to 20 years of service.

Banking To Be Part Of Strategic Sector Of Privatisation, Says CEA

Biden’s ‘inshallah’ to Trump: The word that sent many into a frenzy