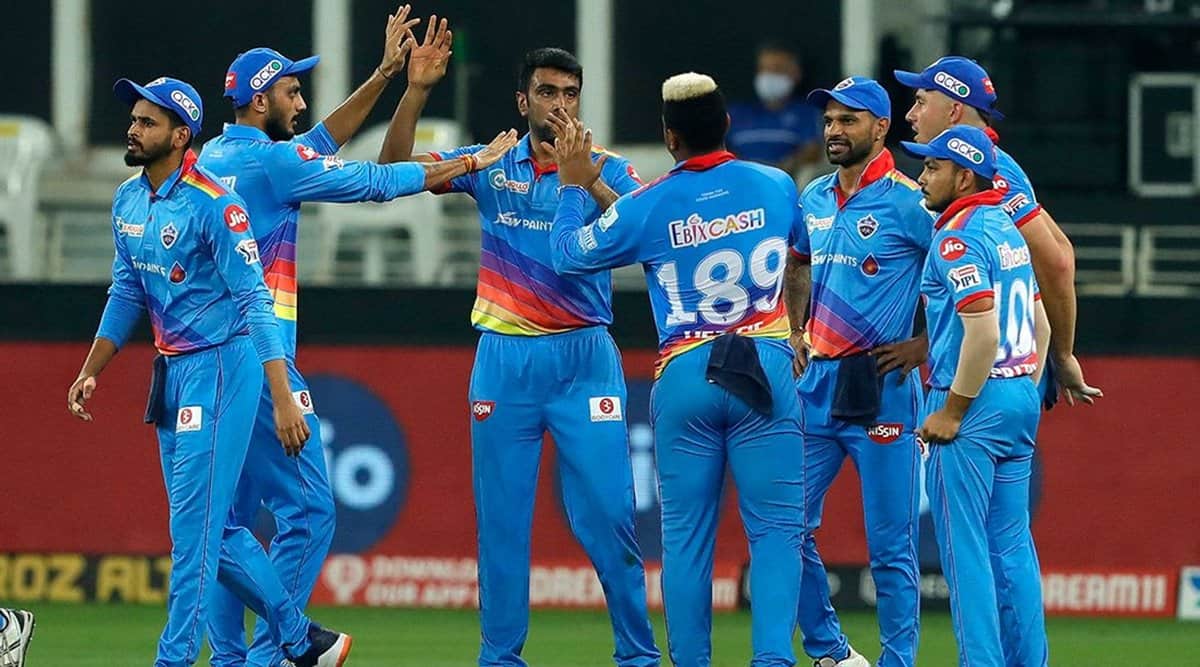 
The DC juggernaut rolled on with a 59-run victory over Royal Challengers Bangalore. (Source: IPL)

Such is Delhi Capitals’ confidence at the moment that Ravichandran Ashwin decided not to ‘Mankad’ Aaron Finch despite catching him out of the crease. The DC juggernaut rolled on with a 59-run victory over Royal Challengers Bangalore. Chasing 197 for victory, RCB managed only 137/9.

Before the match, Delhi Capitals head coach Ricky Ponting was having an animated conversation with Marcus Stoinis in the team huddle. Only the players and coaching staff would know about the subject of the conversation, but when the
Australian all-rounder came to the crease, he seemed a man possessed.

Three quick wickets had somewhat pegged DC back in the middle overs. Stoinis was promoted ahead of Shimron Hetmyer. By then, their run rate had dropped down to below eight. Spinners Yuzvendra Chahal and Moeen Ali were bowling well. Chennai Super Kings had made a mockery of a 179-run victory target on the Dubai pitch the previous night.

DC needed to break the shackles. Stoinis first targeted Ali, with a six and a four in the 14th over. Navdeep Saini came and Stoinis unleashed a short-arm pull to a 143kph delivery and sent it over the deep mid-wicket fence. Another four followed and Saini’s response was a beamer that thudded into the batsman’s gloves. The burly Aussie was upset and duly dispatched the free-hit to the point boundary.

Stoinis’ knock wasn’t chanceless. Chahal dropped him on 30 off Saini at wide long-on. He also survived a run-out opportunity on 46. In the end, though, the DC dugout stood up to applaud a 24-ball half-century. Stoinis remained unbeaten on 53 off 26 balls and his 89-run partnership off 43 deliveries with Rishabh Pant made DC’s total imposing.
The latter played a fine cameo. A six against a Mohammed Siraj beamer – he ramped it 10 rows over long-leg – stood out.

Earlier, DC thrived on Prithvi Shaw’s brilliant start. The opener got going with three fours against Isuru Udana in the first over. A Siraj short ball dismissed him, but through his 23-ball 42, Shaw dazzled.

Axar Patel had a fantastic game. The ball was turning a bit and he bowled at the right pace to extract benefit. A dipping delivery accounted for Finch. Moeen Ali’s wicket came from a low full-toss that cramped the batsman. Kagiso Rabada, as usual, was top class, claiming 4/24.

After losing two early wickets, RCB’s chase was down to their batting royalty. But Anrich Nortje removed AB de Villiers with a fast, rising delivery and the asking rate eventually got the better of Virat Kohli. The RCB skipper, though, reached 9,000 T20 runs during his 39-ball 43.