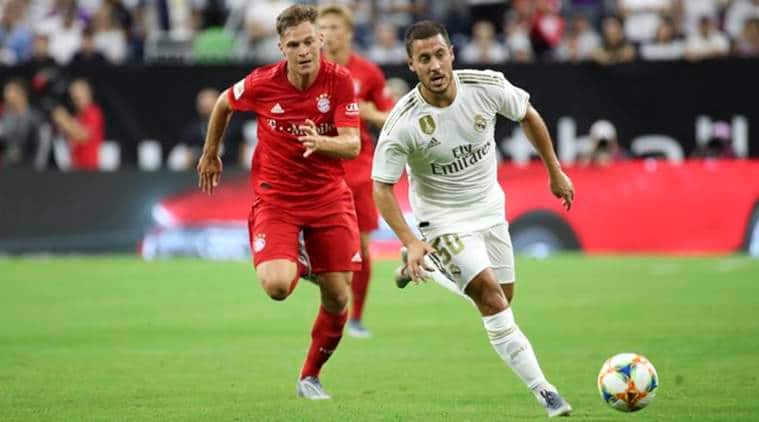 Real Madrid, Bayern Munich and Inter Milan have announced a mini tournament called the ‘European Solidarity Cup – Football for Heroes’, to raise funds for health care resources in Italy and Spain which have been depleted by the Covid-19 pandemic.

In separate statements, the clubs announced that the matches would take place at each of their stadiums and would raise money for boosting healthcare resources in Italy and Spain, but not in Germany.

“The net proceeds from all three games will be donated to medical facilities in Italy and Spain,” said Bayern’s statement.

“FC Bayern sees its contribution as a symbol of support for a united Europe, in which everyone takes responsibility for each other.”

Bayern chairman Karl-Heinz Rummenigge added: “Despite all the suffering and all the problems, we in Germany are perhaps fortunate that our healthcare system is proving resilient in this crisis.

“But we have also seen horrifying images from Italy and Spain, both countries among those hardest hit in Europe by the pandemic.”

Italy is the second-worst affected country in Europe behind Britain by the coronavirus, with a death toll of more than 32,000. Spain is the third-worst affected, with over 27,000 people dying from the virus.

Germany has fared comparatively well, registering 8,007 deaths despite having the highest population in Western Europe.

Last Saturday, the Bundesliga became the first major soccer league in Europe to resume action after the virus paralysed world sport in March.

Bayern will host Real at the Allianz Arena in Munich, Real will play against Inter at their Santiago Bernabeu stadium, while Inter would host Bayern at the San Siro.

The three clubs added that healthcare professionals who have fought against the pandemic would be invited to the matches, which will take place when it is safe for supporters to return to stadiums without risk of being infected by the virus.

A class apart: With another dominant victory against DC, Mumbai show why they are the team to beat

SAI releases Rs 5.78 crore as ‘out of pocket’ allowance for Khelo India athletes