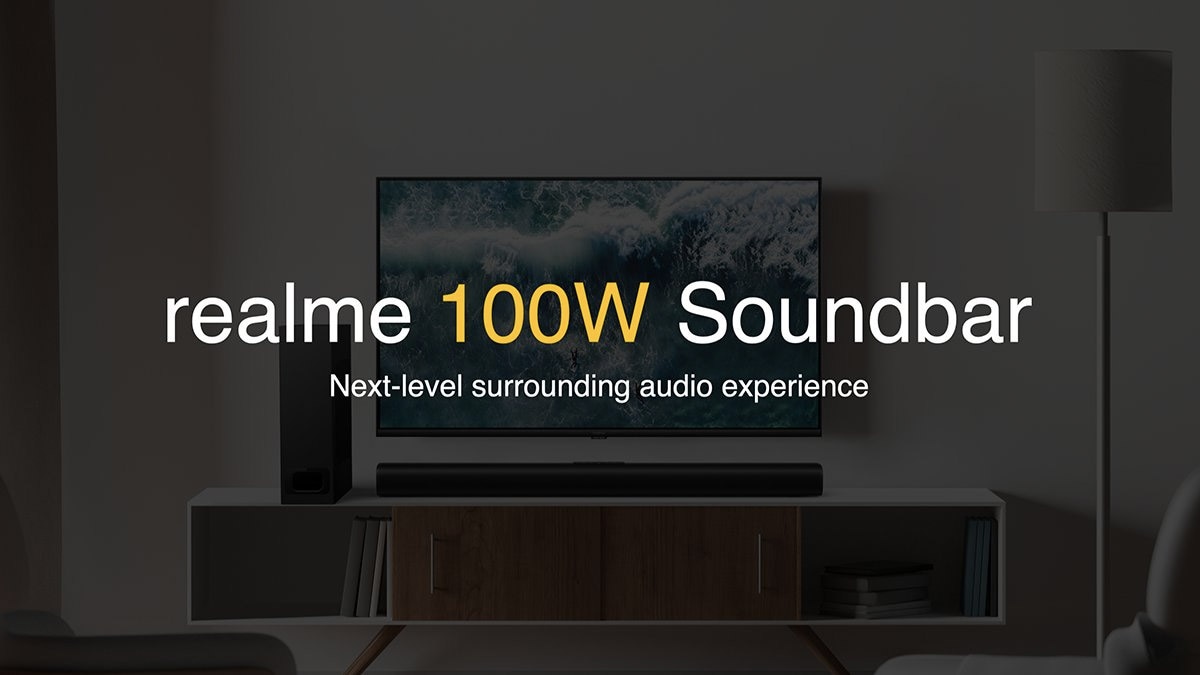 Realme could have a new soundbar coming soon. It recently had its LeapToNext launch event in which Realme launched a couple of new products. Interestingly, none of the products launched were smartphones, and Realme surprised everyone by launching the Realme Watch, Realme Buds Air Neo and the Realme SmartTV. These categories are new for Realme, which has been primarily present in the smartphone space. By diversifying into different segments, it looks like it is taking the same path as competitor Xiaomi. The company teased one other product after the launch event, the 100W Realme Soundbar.

In the tweet, the company has put out a photo of the actual product as well which hints that the four speakers will be a part of the soundbar itself while the subwoofer is a separate unit. The company hasn’t mentioned any specifications with respect to the speakers or the subwoofer at this point. Realme could also offer the Realme Soundbar aka Realme 100W Soundbar along with the newly launched Realme Smart TV as a package deal of sorts.

Aditya Shenoy
Aditya Shenoy writes reviews smartphones, wearables, headphones and speakers for Gadgets 360, out of Mumbai. Aditya is a reviewer for Gadgets 360 and has written extensively about smartphones, software updates, and upcoming devices. Aditya is available on Twitter at @adishenoy, and you can mail him at [email protected], so please send in your leads and tips.
More

Motorola Edge+ to Go on Sale at Midnight Tonight in India via Flipkart: Price, Offers

Oppo Reno 4 Series to Launch in India With Localised Features