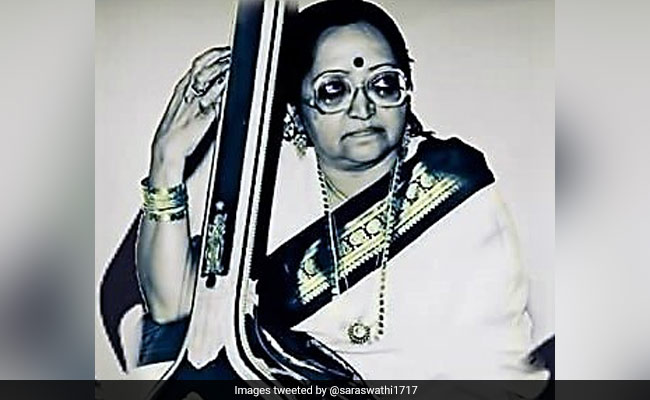 Renowned vocalist Shyamala G Bhave, who had an equal command over Hindustani and Carnatic music, passed away on Friday at her residence after suffering a stroke, family members said, reported news agency PTI. She was 79 and was unmarried. “She was ailing for quite some time…Three days ago, she was discharged from a hospital. Her condition worsened after that. She passed away this morning at 7.15 am after suffering a stroke,” family members said. Shyamala Bhave’s younger sister Nirmala, who lives in the US, was by her side when the end came, they said. Her father, late Govind Vitthal Bhave, trained her in Hindustani music, while she was tutored in the Carnatic stream by noted vocalists A Subbaraya and B Doreswamy.

Shyamala G Bhave’s mother Lakshmi Bhave was also a classical vocalist. Shyamala Bhave won a music competition when she was six and started giving music performances when she turned 12.

She was bestowed with the title of “Ubhaya Gaana Vidushi (expert in both styles)” by Sir M Visvesvaraya, the 19th Diwan of Mysore.

Summer Diet: This Maharashtrian-Style Kadhi Is All About Soothing Our Soul

A Blend Of Spices Like Cinnamon, Coriander, Cumin And More May Help In Lowering Inflammation- Study