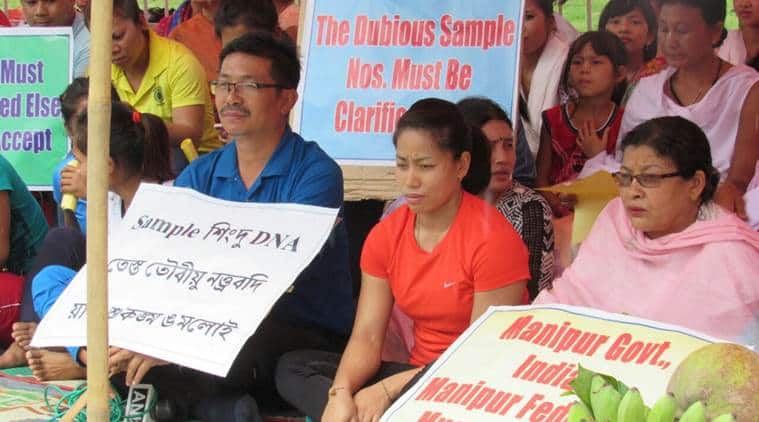 The International Weightlifting Federation has dropped the doping charge against Indian weightlifter K Sanjita Chanu due to “non-conformities” in the handling of her sample but the Commonwealth Games gold-medallist has also demanded an apology and compensation for the “trauma” she has endured.

The IWF made the decision based on the recommendation of the World Anti-Doping Agency (WADA). The 26-year-old, who claimed innocence since the beginning, was informed about the final verdict via an e-mail, signed by IWF’s legal counsel Lilla Sagi.

“…WADA recommends – out of fairness to the Athlete – that the case against the Athlete based on the Sample be closed’,” the e-mail from IWF read.

It said that IWF was told by WADA on May 28 that there were “certain non-conformities” at the time of the analysis of Chanu’s sample.

“As a result, the IWF has decided to withdraw the charges against the Athlete based on sample 159 90 00 and to close the matter,” it added.

Last month, WADA revealed that it had partially suspended the accreditation of a laboratory in Salt Lake City, the one that tested Chanu’s sample, for a month in 2019 due to “non-conformities” relating to its documents.

“I am happy in the sense that I am finally and officially clear from the doping charges. But, what about the chances I have lost? Who will take the responsibility of the mental trauma I have been living with?” Chanu told PTI from Manipur.

“Who will take the responsibility for the mistakes that happened at every possible level? You put an athlete under suspension for years without a final judgment, and one fine day you send an e-mail saying that you are now free from charges?” she added.

Chanu said the IWF has robbed her of the chance to qualify for the Tokyo Olympics due to its callous attitude and it must issue an apology and compensate her for causing her mental harassment.

“Is this some kind of joke? Does IWF not care about the career of an athlete? Was it the intention of IWF to spoil my Olympic chances? Every athlete’s ultimate dream is to get a medal in the Olympic Games, and at least participating in the Games. For me, that chance had been snatched by IWF,” she said.

“This is not how IWF is supposed to function. IWF must apologise and give a genuine explanation. The responsible body or organisation or individual must be penalised. I will go to higher authority and demand compensation from IWF,” she said.

Chanu’s case, which has been marred by several anomalies and administrative goof-ups including assigning two different numbers to the same sample, has been dragging since November 2017.

The Manipuri had tested positive for anabolic steroid testosterone carried out by the United States Anti-Doping Agency (USADA) prior to the World Championships in America in November 2017.

The laboratory results of the tests conducted were handed to the international body on December 20.

Chanu, who won a gold in the women’s 53kg category at the 2018 Commonwealth Games in Gold Coast, was then put under a provisional suspension on May 15, 2018 and her ‘B’ sample returned positive on September 11 in the same year.

Her representatives then appeared before an IWF hearing panel on October 18, 2019 in Budapest, Hungary. On January 22, 2019 her provisional suspension was revoked.

The IWF admitted to committing a mistake in giving the exact sample number of Chanu’s sample in its report. The world body had mentioned two different urine sample numbers in its communication of her dope test.

Fast bowlers will have to be little more careful than others on resumption: Irfan Pathan