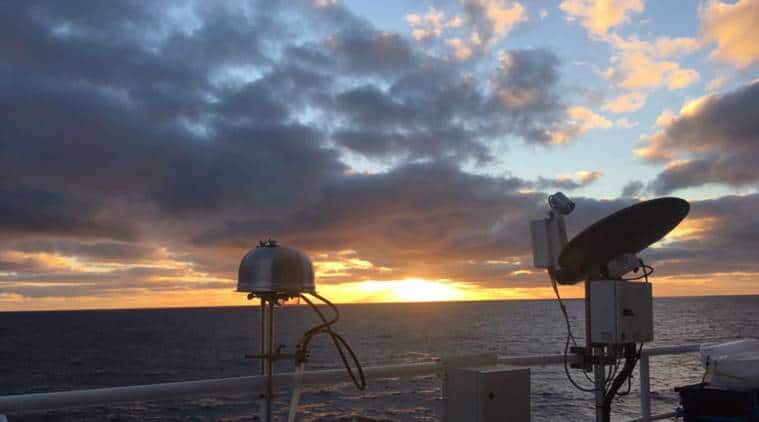 Researchers from the Colorado State University believe they have found the world’s cleanest air, located over the Southern Ocean, CNN reported. The team of researchers has said that the atmospheric region over the ocean — which surrounds Antarctica — has not been adversely impacted by human activity.

As the quality of air continues to steadily deteriorate due to human activity, scientists and researchers struggle to find pockets across the Earth where the air is unaffected by people. Professor Sonia Kreidenweis and her team from Colorado State University identified one such pocket while conducting a first-of-its-kind study of the bioaerosol composition of the Southern Ocean.

The team found that aerosol particles — which are produced by human activity like burning fossil fuels, planting certain crops, and fertiliser production — were absent in the boundary layer, which feeds the lower clouds over the Southern Ocean.

“The aerosols controlling the properties of SO (Southern Ocean) clouds are strongly linked to ocean biological processes, and that Antarctica appears to be isolated from southward dispersal of microorganisms and nutrient deposition from southern continents,” Thomas Hill, co-author of the study, said in a statement.

The researchers traveled aboard a research boat from Tasmania, Australia to the Antarctic ice edge and sampled the air in the marine boundary level — the part of the atmosphere that has direct contact with the ocean, CNN reported.

According to The Weather Channel, 21 of the World’s 30 most polluted cities are in India. Ghaziabad in Uttar Pradesh was named the world’s most polluted city in 2019, as per the World Air Quality Report 2019. China’s Hotan was second in the list and Delhi stood sixth.