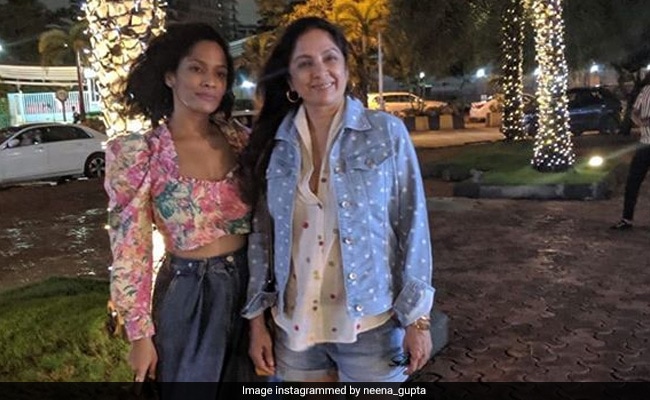 Neena Gupta and her daughter, designer Masaba Gupta, occupied a spot on the list of trends on Saturday, courtesy their ROFL Instagram exchange. On Friday, Neena, who is currently living with her husband at their Mukteshwar home, was “missing” her daughter. So, she took a screenshot of one of her previous posts featuring herself and Masaba and shared it on Insta as a new post. However, she forgot to crop the picture before posting it and guess who noticed the oopsie first? None other than Masaba, who then went on to leave an ROFL comment on her mom’s post. Sharing the photo, Neena Gupta wrote: “Missing my baby.”

And here’s a screenshot of Neena Gupta and Masaba’s hilarious Instagram exchange: 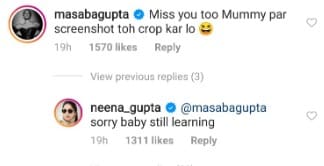 Neena Gupta was last seen in Amazon Prime’s web-series Panchayat. Before that, she worked in Shubh Mangal Zyada Saavdhan, in which she co-starred with Ayushmann Khurrana, Jitendra Kumar and Gajraj Rao. Neena Gupta has starred in a number of films like Aadat Se Majboor, Gandhi, Mandi, Utsav, Laila, Jaane Bhi Do Yaaron, Trikaal, Susman, Kaarnama, Khalnayak, Bhagavad Gita: Song Of The Lord, Woh Chokri, Veere Di Wedding and Panga. She will next be seen in a special appearance in Kabir Khan’s ’83, in which Ranveer Singh will be seen playing the lead role.

When the wait finally ended for Viswanathan Anand