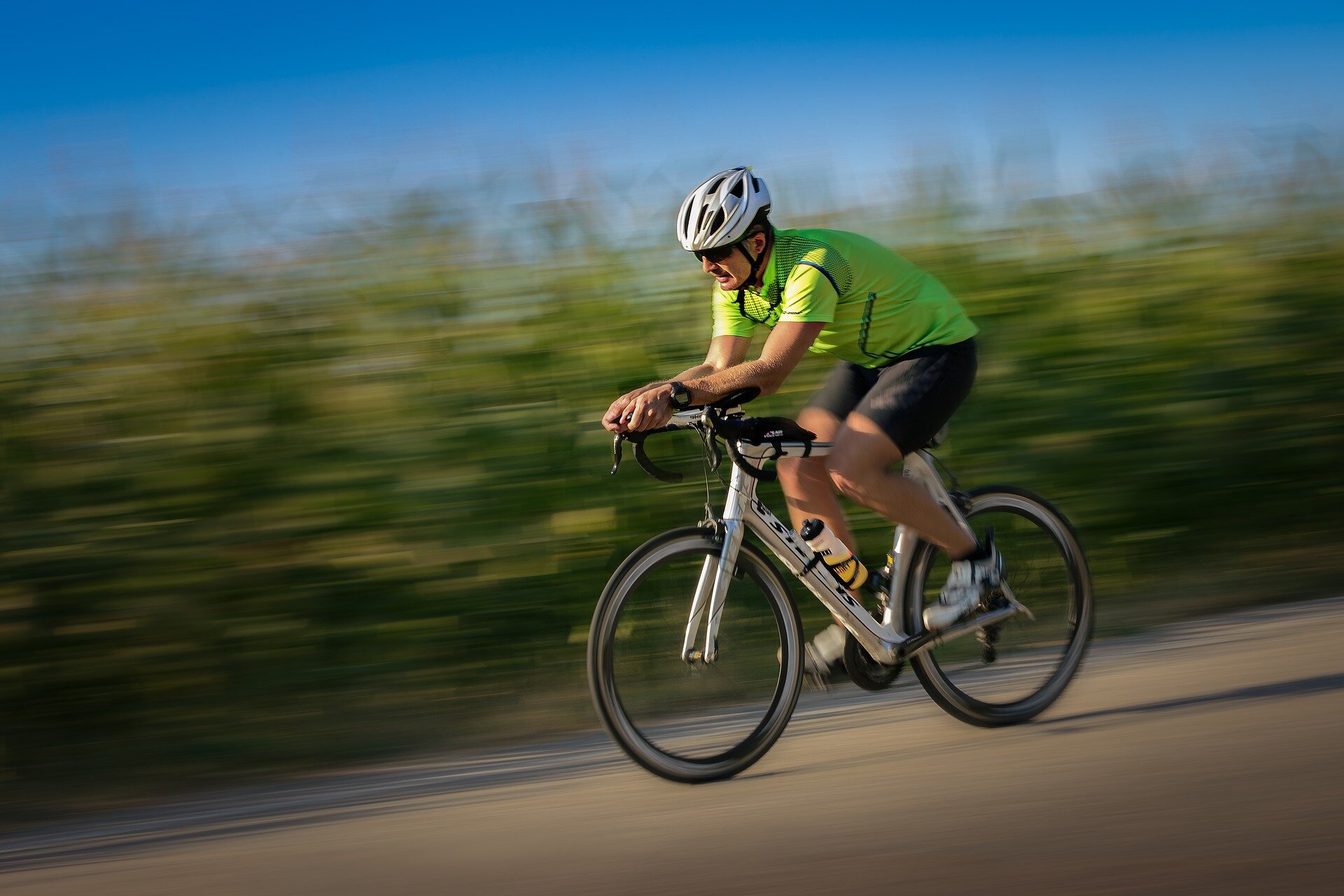 Eager to ramp up your fitness while stuck at home? A new generation of virtual reality (VR) exergames nudges home-based cyclists to perform a lot better by immersing them in a crowd of cyclists. And as all cyclists participating in the race are versions of the flesh-and-blood player, the Covid-19 norms of social distancing are maintained even in the parallel universe of VR.

The discovery that exergamers get fit twice as fast when they race against multiple versions of themselves rather than pedalling alone was made by researchers at the REal and Virtual Environments Augmentation Labs (REVEAL), based at the University of Bath. The studies were conducted by Computer Science student Alex Michael and the paper was published by this year’s CHI Conference on Human Factors in Computing Systems.

Self-competition is a known feature in the world of racing exergames. It involves a player going head-to-head with an opponent who is a replay (or ‘ghost’) from a past performance. The researchers at Bath are the first to create a VR bicycle-racing game where players compete against an entire crowd of ghosts—including a ghost of the future.

Dr. Christof Lutteroth from the Department of Computer Science, who led the research, said: “People get a richer racing experience by playing against both their performance history and a model of their future performance. They are motivated to push themselves harder in order to beat all of their ghosts. It becomes obvious when you’re getting fitter because you stay ahead of the pack.”

The Bath study ran over four weeks and implemented a five-minute High-Intensity Interval Training (HIIT) protocol, with participants alternating between periods of low intensity cycling and high-intensity sprints. Participants increased their power output twice as much when compared to solitary racers and also hit higher heartrates.

Competing against a single ghost already yields better results than solitary racing. However, a multi-ghost race is better still, as exercisers put in even more effort, enjoy themselves more and perceive themselves as more capable.

“In other words, participants exert themselves more intensely and have more fun,” said Dr. Lutteroth. “We think this offers exciting possibilities for motivating rapid performance improvement in exergames and may also apply to other types of activities.”

The rise of self-competition VR exergames

Full-immersion VR exercise games are proving popular among people who consider themselves neither fit nor competitive in sport.

“Not enjoying exercise is one of the biggest barriers to doing exercise long-term,” explained Dr. Lutteroth. “By making exercise intrinsically more fun and motivating, we’re taking an important step towards tackling the global epidemic of sedentary behaviour.”

He added: “Ghost racing highlights the importance of competing against opponents with similar abilities to you. When you’re well matched with the people you’re racing against, you have a realistic chance of winning, which motivates you and lets you avoid the stigma of losing.”

Dr. Lutteroth says the main aim of his research is to find fast, fun antidotes to people being inactive. Moving too little is a leading cause of obesity, mental health problems and preventable death.

“And of course, a sedentary lifestyle is particularly prevalent when we’re in lockdown,” he said.

He hopes his findings will spark interest both from individuals keen to get fit, and from the wider world of sport and fitness. “It would be amazing if this research could have a wider impact on society,” he said. “In an ideal world, the benefits of ghost racing would reach gyms, sports clubs, and charities involved in physical and youth activities—in fact, any organisation that aims to improve physical and mental health.”

Follow the latest news on the coronavirus (COVID-19) outbreak

Citation:
Self-isolating? Get fit faster with multi-ghost racing (2020, May 19)
retrieved 20 May 2020
from https://medicalxpress.com/news/2020-05-self-isolating-faster-multi-ghost.html

A silver lining for foster, adopted pets and their people during coronavirus pandemic

Is honey healthy? How to make sure you don’t get stung