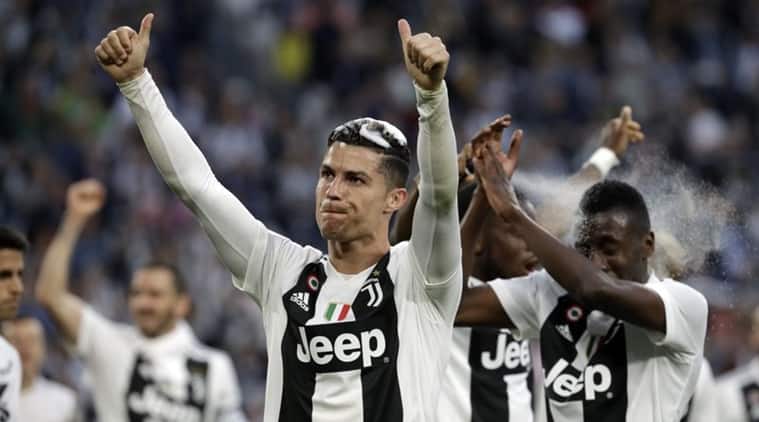 The Italian soccer season could finish without a champion if Serie A is stopped again because of the coronavirus pandemic.

The Italian federation on Monday approved plans for a playoff or the use of an algorithm if the regular season cannot be finished. Serie A clubs decided on Friday to ask for no champion or relegations.

The latest plans proposed by FIGC president Gabriele Gravina were approved by a unanimous vote. Three Serie A representatives did not take part in the vote.

“Today, football won, we showed unity,” Gravina said. “Right from the start we supported the necessity to not remain outside the international scene. Among the big five, four of us decided to finish our seasons.

“The Lega Serie A is not coming out of this defeated. It’s just that some of their requests weren’t accepted because they weren’t in line with what we decided last month.”

Serie A has been suspended since March 9. It is scheduled to resume on June 20 and finish on Aug. 2.

There are 12 rounds remaining, plus four matches that were postponed in the 25th round.

Juventus, which is bidding for a record-extending ninth straight Serie A title, has a one-point advantage over Lazio. Third-placed Inter Milan is nine points behind Juventus but has played a match less.

The format of the playoffs, including the number of teams involved, is yet to be finalized.

“We still haven’t decided on the details but we will do so before the season starts, together with the Lega Serie A,” Gravina said.

“I think it will be a useless task because I hope that the season will finish normally.”

If matches cannot be held because of time restrictions or the pandemic worsens, playoffs are the preferred option to determine the final standings. If an algorithm is necessary, there will be no champion unless it is mathematically certain at the point the season is stopped again.

The FIGC also announced that if a team is found to have violated the strict medical protocol established for resuming matches, it could face sanctions ranging from a fine to being excluded from the championship — depending on the severity of the infraction.

If the season cannot restart on June 20, the FIGC has until July 10 to decide whether it can restart. It has been allowed until Aug. 20 to finish.

The top two men’s divisions are the only ones set to resume. It was decided on Monday not to restart the Women’s Serie A.

The third division also had its regular season halted. Monza, which is owned by Silvio Berlusconi, Vicenza and Reggina have been promoted to Serie B as the leaders of the three groups. There will be a playoff to determine the other team to join them in the second division.

The FIGC also decided the transfer window will run from Sept. 1 to Oct. 5.

In my lifetime, I wanted to see Pakistan beat India in World Cup: Wasim Akram

Liverpool denied by VAR in derby draw with ten-men Everton

Six Pakistan players test negative, but will have to wait for flight to England