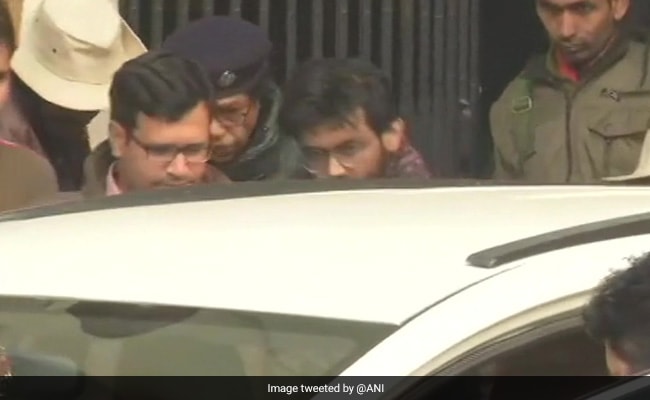 Sharjeel Imam is facing a case of alleged inflammatory speeches.

The Delhi Police on Friday contended before the Delhi High Court that former JNU student Sharjeel Imam, arrested in a case related to alleged inflammatory speeches during the protests against CAA and NRC, was not entitled for any relief as he was continuously giving instigating speeches against the government.

The police said, “his speeches were communal in nature which caused serious communal strife and promoted enmity between various religious groups under the garb of protest against CAA and NRC.”

The police filed an affidavit in this regard and opposed the plea of Sharjeel Imam, who has challenged a trial court order granting more time to police to conclude the investigation.

It said no provision of law has been violated and there are good and substantial cause for enlargement of time for probe.

The investigators contended that Imam was not entitled for any relief as he was “continuously giving inflammatory and instigating speeches against the government on the issue of CAA and NRC.”

The police filed its affidavit through advocates Amit Mahajan and Rajat Nair, in response to Sharjeel Imam’s plea challenging the trial court’s April 25 order by which the Delhi Police was granted three more months, beyond statutory 90 days, to complete the investigation in the case under the stringent Unlawful Activities (Prevention) Act (UAPA).

The plea is scheduled to come up for hearing on June 10.

Sharjeel Imam was arrested on January 28 from Bihar’s Jehanabad district in the case related to violent protests against the Citizenship Amendment Act near the Jamia Millia Islamia University in December last year.

The statutory period of 90 days from the arrest was concluded on April 27.

He has also sought default bail in the matter on the ground that the investigation was not concluded within the statutory period of 90 days and when the police had filed an application for more time to complete the investigation, he was not given a notice as required under the law.

The trial court had dismissed the bail plea.

It said that Sharjeel Imam by way of his speeches was addressing a particular religious section of the society and creating disaffection towards the government by creating unfounded fears in their minds regarding the Citizenship (Amendment) Act (CAA) and the process of National Register of Citizens (NRC), which is yet to be implemented in any manner throughout the country barring Assam.

The accused by way of his speeches was also spreading falsehood about genocide in Assam, it said.

It added that neither any enactment was violated nor any right was infringed and there was no legal infirmity in the trial court’s order that requires indulgence of the high court.

Gold Bond Scheme To Open For Subscription On Monday: Interest Rate, Who Can Subscribe And Other Details