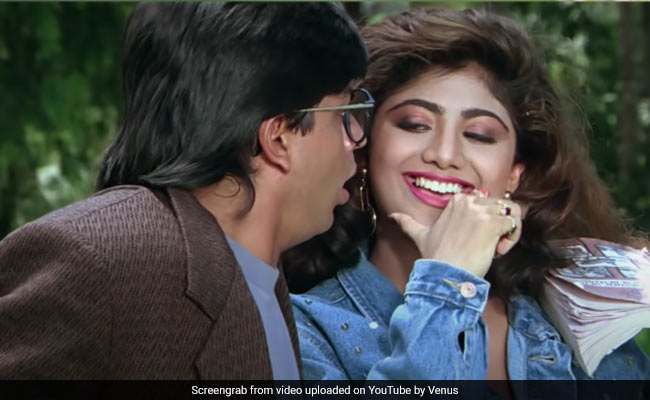 Actress Shilpa Shetty recounted her 8-year-old son Viaan’s reaction to her Bollywood debut movie Baazigar in an interview with Mumbai Mirror. The Abbas-Mustan film is among those few movies of Shilpa Shetty which her son has watched but more on that later. After watching Baazigar, which also featured Shah Rukh Khan and Kajol, Viaan told his mother: “Mamma you looked so cute then… So young.” Shilpa added, “He’s basically trying to tell me I am old now.” When Mumbai Mirror asked Shilpa Shetty if she has shown any of her films to Viaan, the actress replied: “If I do, he’d ask questions which I wouldn’t know how to answer. But yes, I did show him Rishtey on Father’s Day because there’s a child in it.”

Baazigar was the fourth highest earning film of 1993. After a spectacular debut, Shilpa Shetty went on to feature in commercial potboilers like Main Khiladi Tu Anari and Dhadkan to name a few. She also featured in critically acclaimed movies like Phir Milenge and Life… In A Metro.

Shilpa Shetty was last seen in 2007 film Apne not counting her cameo roles in Om Shanti Om, Dostana and Dishkiyaoon, which she also produced. She is all set for a comeback with Sabbir Khan Nikammafollowed by Priyadarshan’s Hungama 2. Apart from films, Shilpa Shetty has appeared as a judge on several reality shows.

Shilpa Shetty is also a fitness enthusiast and she swears by yoga. The actress has several workout and yoga series to her credit too.

Aparshakti Khurana on lockdown: Very important to take care of our mental health