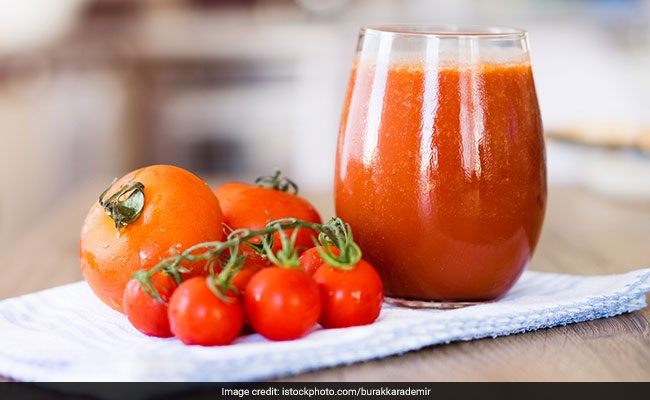 There’s no doubt that tomato is one of the most commonly available food items you can find in any kitchen. Tomatoes are used in almost every recipe we cook. But the question is, do you store it properly? There has been an on-going debate on whether tomatoes should be stored in fridge or on kitchen counter. It seems like a team of researchers from the University of Gottingen in Germany have found an answer to this dilemma. According to them, “consumers have been increasingly complaining about the flavour of the fresh fruits (tomatoes).” Hence they investigated the influence of two types of storage options (refrigerator and room temperature) on the flavours of ripe tomatoes. The study was published in the journal Frontiers in Plant Science.

As per the researchers, there was no significant difference in the flavour of tomatoes in both the storage options; rather it is the variety of the tomato, which is important when it comes to flavour. They drew on the expertise of a ‘sensory panel’, who examined the discernible sweetness, acidity and juiciness of the tomatoes.

The study stated that the ripe tomatoes, after they are picked, undergo a commercial post-harvest process; then they stored in refrigerator or room temperature.

Hence, as per the researchers, one should store tomatoes for lesser period of time to enjoy its flavours to the fullest.

Now on, whether you keep it in refrigerator or not, try to avoid buying tomatoes in bulk to store for future use. This might take away the flavours you want in your food. Stay healthy stay safe!

5:2 dieters risk undoing their good work by overeating and under-exercising on non-fasting days

Watch: Make The Famous Mathura Ke Pede At Home With This Yummy And Instant Recipe

4 Delicious Pakoda Recipes To Relish This Monsoon (Video Inside)