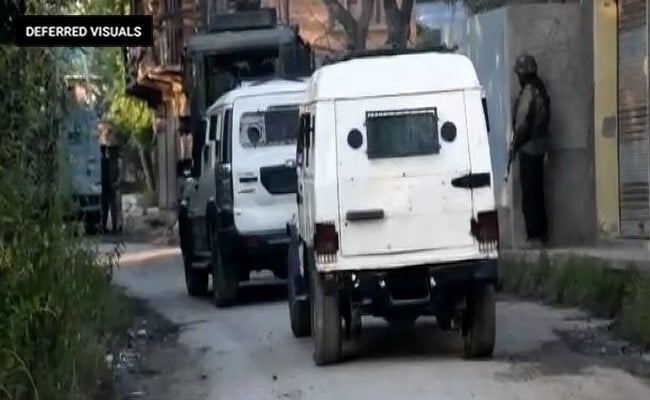 A soldier was killed and two security personnel were injured in an encounter in Jammu and Kashmir’s Pulwama early Tuesday morning. One of the two terrorists holed up in a house was shot dead, police said.

A joint security operation by the Central Reserve Police Force’s (CRPF) 183 Battalion, army’s Rashtriya Rifles unit and the Jammu and Kashmir Police began at around 5:30 am. A soldier and a policeman were injured during the gunfire.

“#Encounter has started at #Goosu area of #Pulwama. Police and security forces are on the job. Further details shall follow. @JmuKmrPolice,” a tweet by the Kashmir Zone Police read at around 6 am. The security operation is still on.

Last week, a terrorist, who had killed a CRPF jawan and  a six-year-old boy in Jammu and Kashmir’s Anantnag on June 26, was shot dead in an encounter in Srinagar.

Security personnel had launched a search operation for Zahid Dass ever since he managed to escape on June 26. A CRPF jawan also lost his life in the line of duty during the Srinagar encounter.

Last month, J&K police chief Dilbag Singh said that more than 100 terrorists have been killed this year. “During the last five-and-a-half months, over 100 terrorists have been neutralised, out of them 50 plus were from the Hizbul Mujahideen, around 20 from the Lashkar-e-Taiba, 20 from the Jaish-e-Mohammed and the rest from smaller outfits like Al-Badr, Ansar Gazwatul Hind,” Mr Singh said.