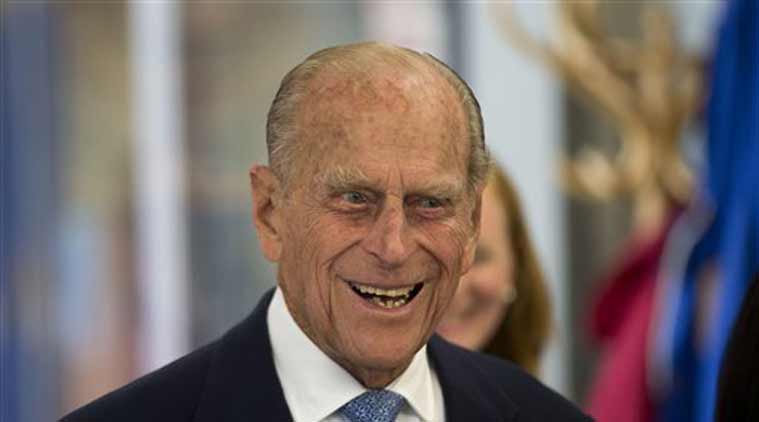 There certainly won’t be fuss. Count on that. When Britain’s Prince Philip reaches the grand age of 99 on Wednesday, he will spend it quietly and in much the same way he’s spent most of his adult life: beside Queen Elizabeth II.

The stalwart consort plans a quiet lunch at Windsor Castle, where the senior royals have been sheltering due to the COVID-19 pandemic. Some family members may call but the palace is saying little more than that. Britain is still under coronavirus restrictions that limit the size of gatherings and Philip and the 94-year-old queen are well into the over-65 age group most vulnerable to coronavirus.

The last year hasn’t been an easy one for Philip, who retired from public life in 2017 after 65 years of supporting the queen.

In November, his second son, 60-year-old Prince Andrew, was forced to step away from all royal public duties because of concerns about his links to Jeffrey Epstein, the convicted American sex offender who died in a New York prison.

Britain’s Queen Elizabeth II, waves to the crowd with Prince Philip at right, as they arrive by open carriage to the parade ring on the first day of the Royal Ascot horse race meeting in Ascot, England, Tuesday, June 20, 2017. (AP Photo/Alastair Grant)

Two months later, Prince Harry, Philip’s grandson, and his wife, the former Meghan Markle, caused further controversy when they announced they were stepping away from royal duties so they could seek financial independence in North America.

Wednesday’s birthday is just the latest milestone for the man born Prince Philip of Greece and Denmark on June 10, 1921, amid the upheaval that led to a military coup that overthrew his uncle, King Constantine of Greece, a few months later.

His parents were Princess Alice of Battenberg, a great-granddaughter of Queen Victoria, and Prince Andrew of Greece.

England’s King George V sent a Royal Navy cruiser to evacuate Philip’s family, and the infant prince was whisked to safety in a cot made from an orange box. The young Philip went to school in Germany and Britain and rarely saw his parents when he was growing up.

In 1939, Philip joined the British military as a cadet at the Royal Naval College, Dartmouth. It was there he was asked to escort then-Princess Elizabeth and her sister on a visit to the facility.

He served in the Royal Navy throughout World War II, winning mention in dispatches for service aboard the battleship HMS Valiant at Cape Matapan, on Greece’s Peloponnesian peninsula. Philip rose to the rank of commander, but his career ended when his wife became Queen Elizabeth II after the death of her father, King George VI, in 1952.

Philip had married the future queen at Westminster Abbey in 1947 when she was 21 and he was 26. He renounced his Greek title and King George VI made him the Duke of Edinburgh. At Elizabeth’s coronation in 1953, Philip swore to be his wife’s “liege man of life and limb”, and he settled into a life supporting the queen.

Apple HomePod: Everything to Know Before Buying in India