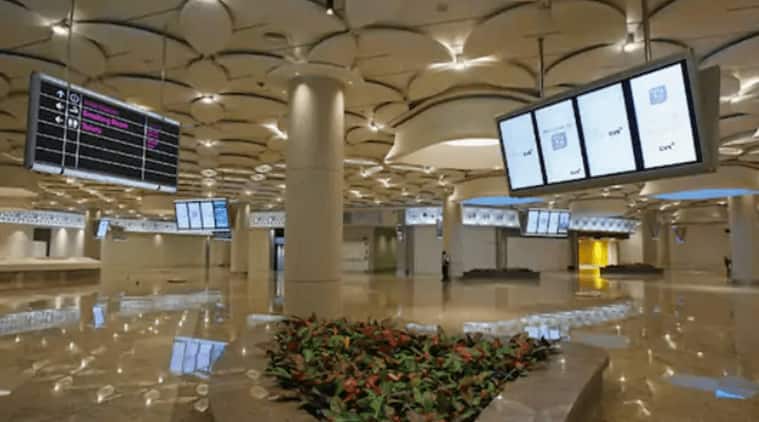 
Officials at the Mumbai airport provided all help, including food, to Muller and allowed him to use the airport WiFi network to make calls. A security official gave him his mobile phone to call his family back home and airport staff would recharge his phone at their own expense. (File Photo/Reuters)

The Mumbai airport became home for a 23-year-old Ghanaian footballer for 74 days after he got stranded there due to the coronavirus-induced lockdown that led to cancellation of flights.

The ordeal of Randy Juan Muller reminded people of Tom Hank’s character in the Hollywood film “The Terminal”, and it ended after Yuva Sena, the youth wing of the Shiv Sena, reached out to help him. Muller has now shifted to a local hotel and is waiting for airlines to resume operations so that he can fly home.

The Mumbai International Airport Ltd (MIAL) also provided him all help, including food, and allowed him to use the airport WiFi network to make calls, an official said.

Muller, a Ghana national who used to play for a club in Kerala, was scheduled to fly home by Kenya Airways flight when the lockdown was announced and he found himself stranded at the Mumbai airport.

A security officer at the airport gave him mobile phone to call his family back home. A Twitter user brought Muller’s plight to the notice of Maharashtra Tourism Minister Aaditya Thackeray following which Kanal reached out to the footballer and helped him move into a hotel.

On Saturday, Muller thanked Thackeray and Kanal for their help. “Thank you Aaditya Thackeray, Rahul Kanal. Thank you very very so much. I appreciate what you have done. Salute,” he said.

Kanal in a tweet said when he met Muller at the airport, the latter cried with happiness. “Have no words to salute his willpower and fight for survival in such circumstances at this age,” Kanal said.

An official at the Mumbai International Airport Ltd said the footballer was provided all help. “All personnel at the airport, including from MIAL and CISF, gave him every possible help during his stay at the airport. Besides food, he was also allowed to use the airport WiFi network to make calls. Airport staff would recharge his phone at their own expense,” the official said.

The 2004 film “Terminal” of Steven Spielberg was about a man stranded at a US airport after being denied entry into the country and a military coup back home.

Australia’s tour of South Africa postponed due to pandemic

‘Wanted to get my daughters involved too in the moment. They went, ‘Did we win?’