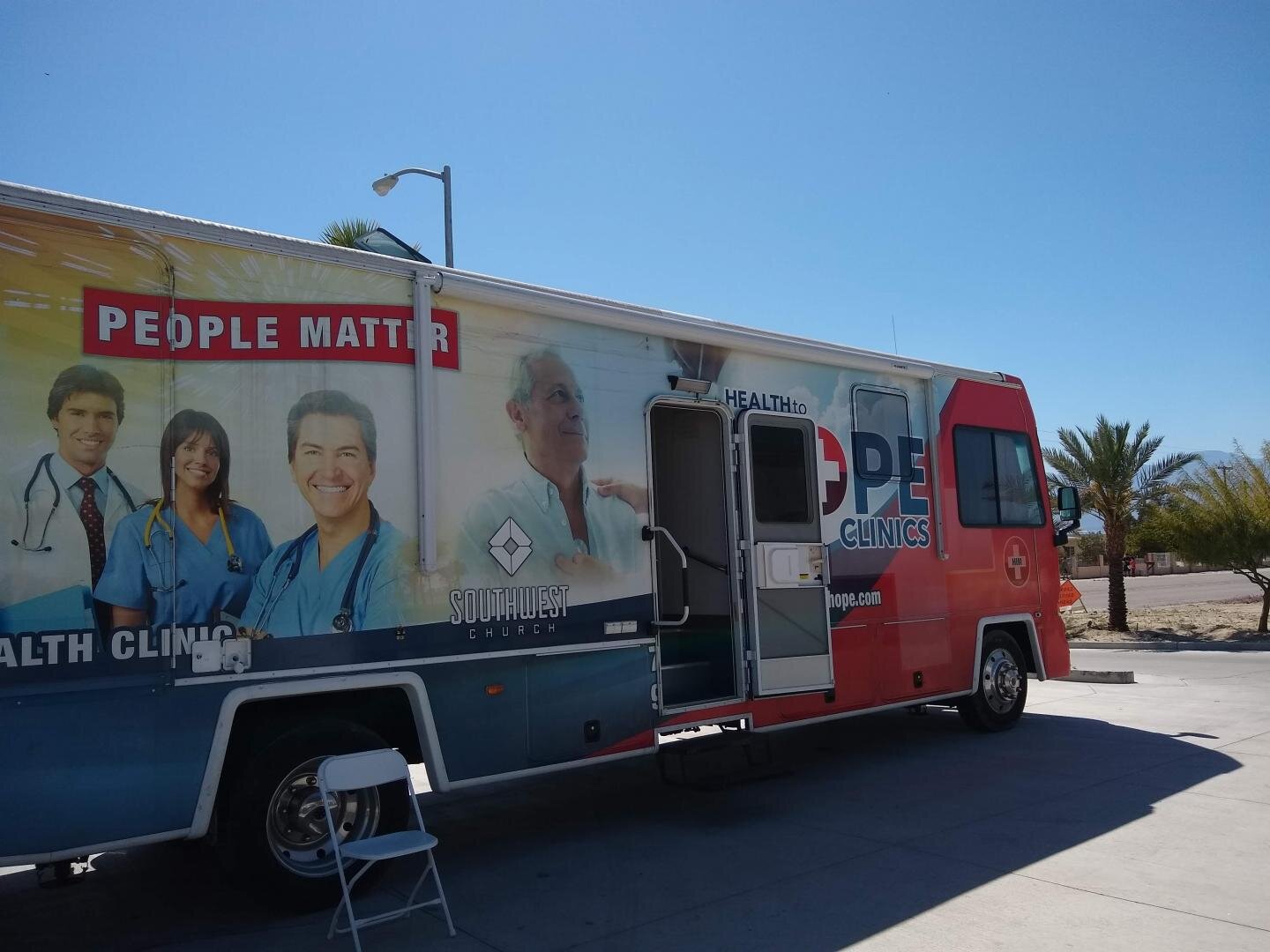 A University of California, Riverside, study that sought to determine barriers to health care among Spanish-speaking Latino farmworkers in rural communities has devised an innovative health care service delivery model that addresses many challenges these communities face.

The researchers, led by Ann Cheney, a medical anthropologist and assistant professor in the Department of Social Medicine, Population, and Public Health in the School of Medicine, advocate the use of mobile health clinics, or MHCs, that bring health care services to patients in their community spaces. Cheney was assisted in the research by Dr. Monica Tulimiero, who graduated from the UCR School of Medicine earlier this year and is now a resident in family medicine at Ventura County Medical Center.

MHCs, the researchers argue, offer health care services at times outside of business hours, which suits farmworkers. The researchers also urge providers to immerse themselves and practice in patient communities to better understand their health care needs.

The study, published in The Journal of Rural Health, was conducted in inland Southern California’s eastern Coachella Valley, an agricultural region home to many undocumented and underinsured Latino immigrants. It also included focus group discussions and one-on-one interviews with patients.

In partnership with Health to Hope, a federally qualified health center, Cheney and her team implemented three MHCs in 2019 in locations close to patients’ homes and community spaces, making sure the clinics accommodated patients’ time constraints. The MHC included two exam rooms.

According to the researchers, traditional models of care—the kind that expect patients to access health care services at brick-and-mortar structures within defined clinic hours—work for patients with resources such as paid sick leave and job stability but are not practical for Latino farmworkers in rural communities.

Cheney has worked with farmworkers in eastern Coachella Valley since 2016. Originally from upstate New York, she grew up in the poorest county in the state. Her family owned a farm that cultivated fruits and vegetables; eventually, it turned into a horticultural farm. For most of her professional career, Cheney conducted research within rural farmworking communities, including rural southern Italy and rural Southern California. In Arkansas, she worked with rural African Americans connected to the history of agriculture and slavery.

More than 80% of all farmworkers in the United States are Latino, 95% of whom are immigrants. This population experiences some of the greatest disparities in health care access and health status due to lack of physicians and hospitals in rural locations; insufficient public transportation; poverty; cultural values such as self-reliance and community belonging; and inconvenient clinic hours.

“MHCs are especially relevant for immigrant communities as they minimize structural barriers to care, offer culturally and linguistically appropriate care, and familiarize and connect foreign-born patients with the U.S. health care system,” said Tumiliero, the first author of the research paper. “Future research could study whether implementation of MHCs reduces emergency room visits.”

At UCR, Tulimiero participated in Hispanic and Bilingual Longitudinal Medical Studies, or HABLAMoS, and is one of the first students to graduate from the medical school with a designated emphasis in medical Spanish.

“Monica utilized opportunities via HABLAMoS to further her language skills, as well as learn more about the health and well-being of underserved Latino immigrants in rural Southern California,” Cheney said. “She did this through her research as well as a four-week immersion experience in eastern Coachella Valley in which she lived with a Spanish-speaking family and practiced in a clinic serving Spanish-speaking patients. HABLAMoS prepares students like Monica to serve the medically underserved in the Inland Empire.”

Launched in 2018, HABLAMoS provides UCR medical students opportunities to develop language skills in medical contexts. It also increases students’ understanding of the role of culture in clinical interactions with Spanish-speaking patients as well as structural factors that shape inequalities in health among Latino patients. UCR medical students can opt into HABLAMoS during their first two years of medical school. The heart of the program is a four-week clinical rotation and homestay with a Spanish-speaking family in the fourth year.

“HABLAMoS helped me improve my Spanish and allowed me to get to know the community in the eastern Coachella Valley, which I really enjoyed,” Tulimiero said. “Through HABLAMoS I was also able to get involved in research and serve as first author of our research paper. I never imagined myself doing research in medical school, but I ended up enjoying it because it helped me get to know the community and advocate for both the people there and other similar communities. Dr. Cheney served as an amazing mentor throughout the process.”

Tulimiero lived with a family of six people—a mother, father, and their four sons aged 11 to 18—in February 2020.

“They welcomed me in and called me their ‘daughter for the month,'” she said. “The way my host parents and their friends shared their stories and culture with me was probably the most memorable and meaningful experience. From going out dancing, to making pupusas salvadoreñas, to riding horses, to sharing their childhood memories with me, I felt generously welcomed and genuinely befriended.”

Tulimiero did her rotations at clinics in Coachella and Mecca and worked closely with a doctor who treated roughly 30 patients a day. Tulimiero either assisted or observed the doctor in nearly all the patient visits.

Rethinking what research means during a global pandemic

Will assess if holding CA exams is possible amid Covid surge: ICAI to SC

Marijuana use while pregnant boosts risk of children's sleep problems